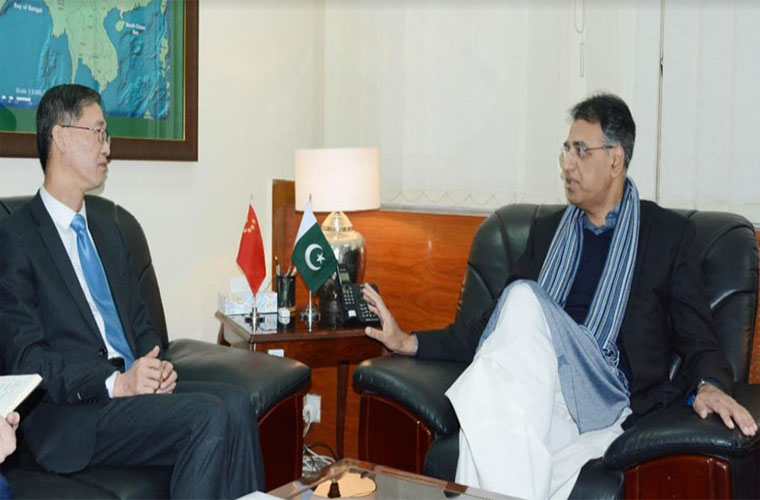 He expressed satisfaction at the progress of various projects under China Pakistan Economic Corridor.

He said the pace of implementation on the CPEC projects would be further accelerated.

Furthermore, the Minister said the SEZs would enable setting up of joint ventures in manufacturing.

That would integrate the enterprises from both sides.

Asad Umar also underlined the need to expand collaboration in agriculture sector. He noted extremely important for the Pakistani economy.

The Ambassador said Chinese side is keen to promote relationships with businesses and manufacturing industries of Pakistan.

Pakistan eyes benefits after China lowers import tariff for many items under free trade agreements it has separately signed with Pakistan and other countries.

The second phase of China-Pakistan Free Trade Agreement (CPFTA) allows the Pakistani manufacturers and traders to export around 313 new products on zero duty to the Chinese market.

According to official sources, latest position had it. However, Pakistan was already enjoying zero duty on export of 724 products to China under the first FTA.

After the implementation of the second phase of FTA, China allowed Pakistan to export a total of 1047 products to China on zero duty.