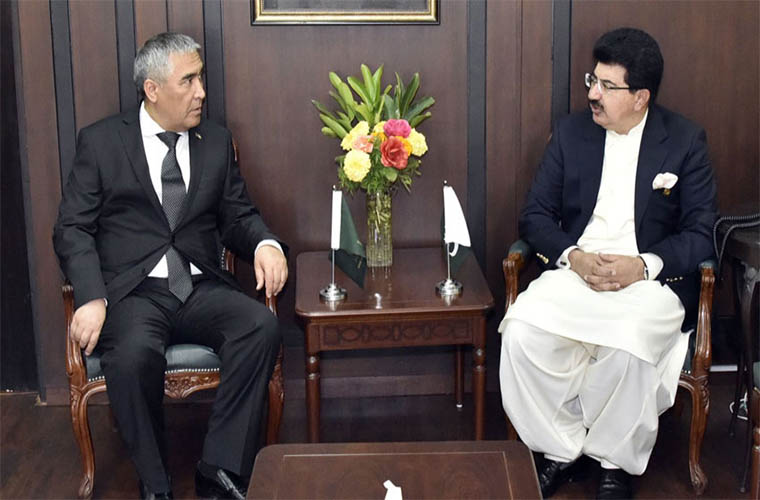 While talking to Ambassador of Turkmenistan Atadjan Movlamov, he underlined it for trade and multilateral cooperation.

Furthermore, he underscored the need for boosting cooperation in trade, transport, industry, agriculture and other sectors.

For that purpose, he called for activating the relevant platforms to strengthen economic cooperation between the two brotherly countries.

Sadiq Sanjrani proposed that Pakistan Turkmenistan joint governmental commission should be convened to hold meeting as early as possible.

The government of Pakistan considers Gwadar port a major source for regional connectivity for trade.

However, US trade war with China also remains problematic for the region.

Despite all odds, China Belt and Road Initiative including CPEC may strengthen regional connectivity.