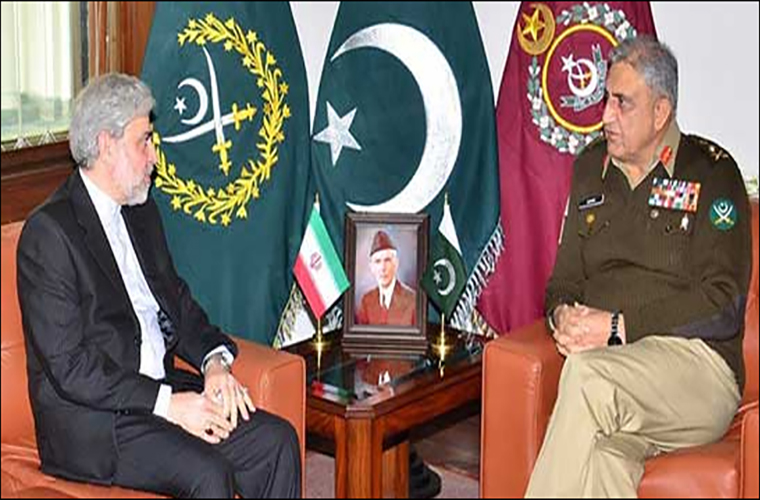 Ambassadors of Iran and China meet Pakistan Army Chief at GHQ while the US defense secretary also spoke to COAS.

Ambassadors of Iran and China

According to tweet, regional security situation including US-Iran stand off came under discussion.

However, in another tweet, he said US Defence Secretary also spoke to General Qamar Javed Bajwa.

But, Pak Army Chief called upon all concerned to avoid rhetoric in favour of diplomatic engagement.

He said that we all have worked a lot to bring peace in the region by fighting against terrorism.

The COAS said: “We would like situation to de-escalate & shall support all initiatives which bring peace in the region.”

Prime Minister Imran Khan called for immediate measures for de-escalation in the Middle East and Gulf region.
During meeting in Islamabad, he expressed deep concern over the evolving situation in the region.