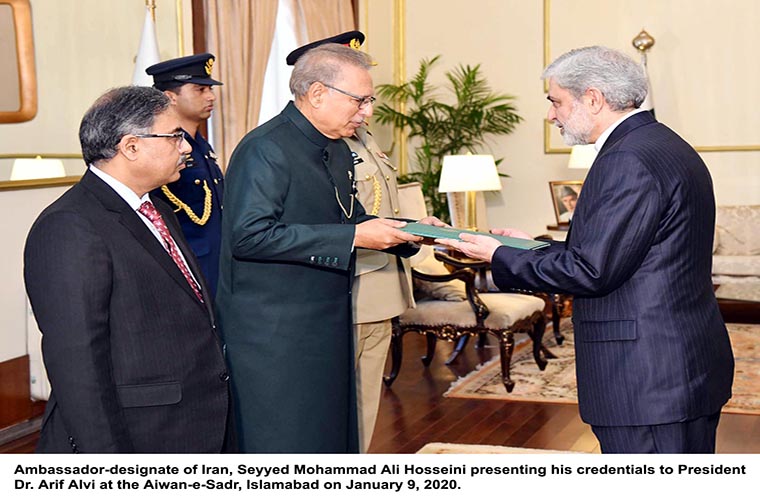 According to the President’s Media office press release, Dr Arif Alvi felicitated them in a ceremony at the Aiwan-e-Sadr on Thursday.

The President separately spoke to the newly appointed high commissioner/ambassadors-designate to Pakistan.

He hoped that they would work for further strengthening the existing ties of their respective countries with Pakistan.

Later, the high commissioner/ambassadors separately called on the President.

However, he also stressed upon the international community to work for the alleviation of the miseries that the people of Indian Occupied Jammu and Kashmir were suffering at the hands of the fascist Indian regime.

He said that the world peace had been endangered by the reckless and provocative approach adopted by that regime.

According to tweet, regional security situation including US-Iran stand off came under discussion.
However, in another tweet, he said US Defence Secretary also spoke to General Qamar Javed Bajwa.
But, Pak Army Chief called upon all concerned to avoid rhetoric in favour of diplomatic engagement.
He said that we all have worked a lot to bring peace in the region by fighting against terrorism.
The COAS said: “We would like situation to de-escalate & shall support all initiatives which bring peace in the region.”

FM highlights efforts for peace and stability in the region