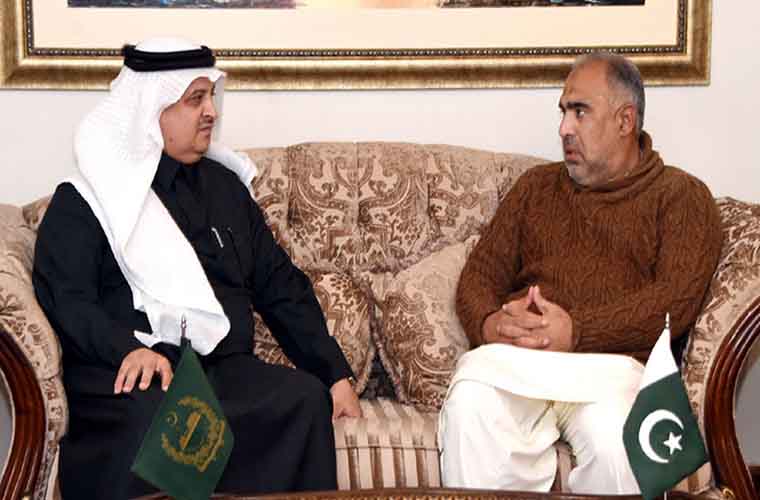 The Speaker said Pakistan desires cordial relations with all its neighbouring countries.

He also said that Pakistan believes in negotiated settlement of all issues, he said while talking to Saudi Ambassador Nawaf bin Said Al-Malki Monday.

Furthermore, he said that Pakistan values its brotherly and time-tested relations with Saudi Arabia.

He also commended the role of Saudi Arabia in socio-economic development of Pakistan.

Moreover, he said that Saudi relations with Pakistan are getting stronger with every passing day.

Over 800 died of Coronavirus in Pakistan so far