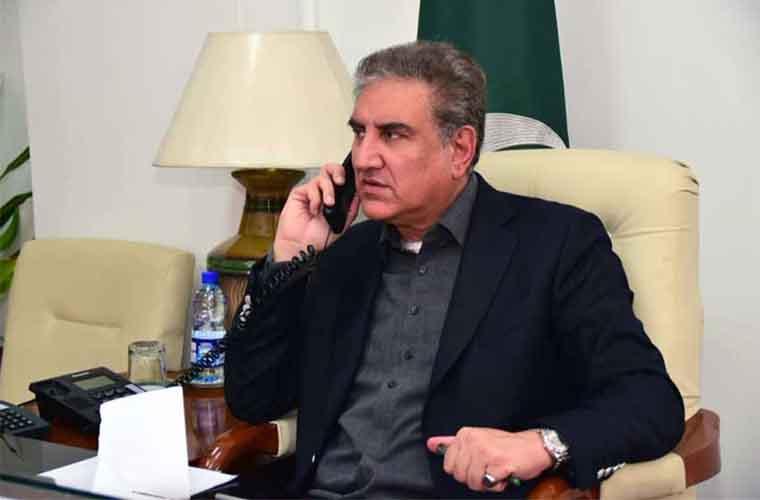 They discussed overall situation of peace and stability in the region.

Meanwhile, an official of the US Department of State praised Prime Minister Imran Khan for his “off-ramp” diplomacy.

The official lauded Prime Minister Imran Khan as one of the world leaders who had engaged in an “off-ramp” diplomacy to defuse recent tensions between Iran and the United States, an official of the US State Department said on Monday.

However, he said that Pakistan could play a role in reconciliation, peace and stability. But, Pakistan will not augment fire of war in the region.

He further said he has talked to his regional counterparts, including Iran.

FM emphasized on exercising utmost restraint to avoid any conflict in the region. Because he thinks a new war may have disastrous impact on regional countries.

Shah Mahmood Qureshi said Pakistan does not support any unilateral action. According to him use of force cannot offer any solution to an issue.

He also expressed apprehensions on the implications on recent incident of the killing of Iranian commander in US attack in Iraq.

Moreover, he said this may lead the region to further instability, especially chances of destabilization of Iraq and Syria have increased.

Besides, he said that it can prompt Houthi group in Yemen to intensify their attacks on Saudi Arabia while Hezbollah can target Israel with rocket attacks.

People may quarantine them on their own as per these guidelines