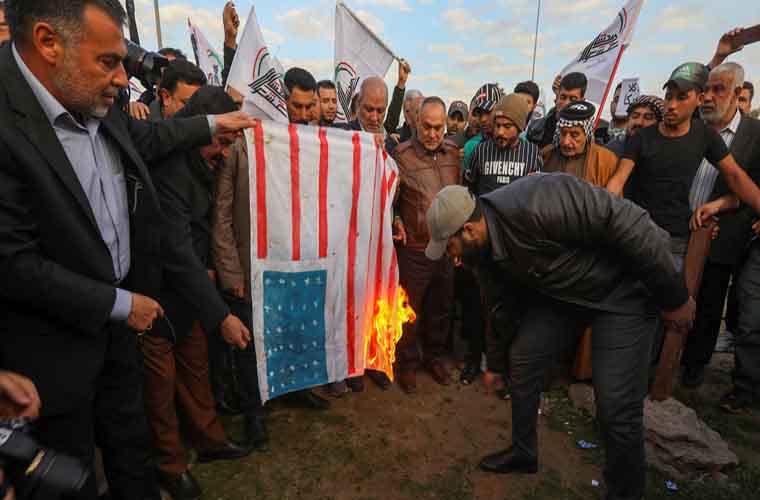 On Sunday US Brigadier General William Seely sent a letter to his Iraqi counterparts.

He informed them that American troops were preparing to leave Iraq.

However, Defense Secretary Mark Esper said US had no plan to leave Iraq.

Due to his statement, media has noted confused America’s military strategy in Iraq.
The Pentagon admitted that a letter from a general informing the Iraqi government of an imminent US troop pullout was sent by “mistake.”
The latest developments came as a sea of black-clad mourners in Tehran paid homage to Qasem Soleimani, the head of the Iranian Revolutionary Guards’ Quds Force.
The US military airstrikes near Baghdad airport assassinated him and Iraqi volunteer force commander on Friday.
The US Defense Secretary Mark Esper has said his country has no plans to pull its troops out of Iraq.
He asserted no decision whatsoever to leave.
However, Washington Post had reported that US had no basing rights in Iraq.
Meanwhile, Iraq President Barham Salih reveres Qassem Soleimani as a friend.
Moreover,  President Salih and Prime Minister Adel Abdul Mahdi condemned US airstrikes as violation of sovereignty.
Iraq Parliament and National Security Council also condemned it.
GTV