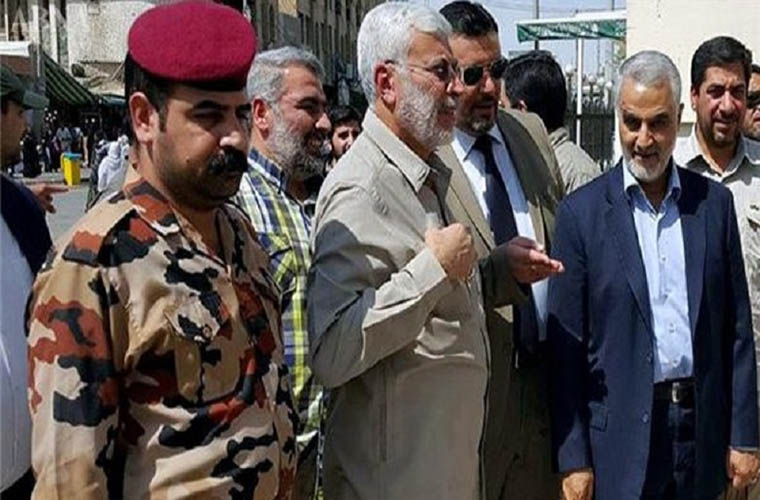 US President ordered killing of Iran Quds Force Commander, Pentagon confirmed.
According to BBC report, Pentagon confirmed that US forces in Iraq killed General Qasem Soleimani, the head of the Iranian Revolutionary Guards’ elite Quds Force “at the direction of the president”.
Gen Soleimani was being driven by car at Baghdad airport, alongside Iraqi PMU commander, when he was hit by a US air strike.
But the US accusedc the commander and the Quds Force as terrorists, and holds them responsible for the deaths of hundreds of US personnel.
However, Iran and its IRGC said that they extended support to Iraq at Iraqi government’s request.
Particularly, they highlighted their key role in counterterrorism operations against Daesh (ISIS).
US President Donald Trump tweeted an image of the American flag after the news broke.
Global oil prices meanwhile soared more than 4% in the wake of the strike.
What happened?

US media reports say Gen Soleimani and officials from Iran-backed militias were leaving Baghdad airport in two cars when a US drone strike near a cargo area.

The commander had reportedly flown in from Lebanon or Syria.

Several missiles reportedly struck the convoy. and at least five people are thought to have died.
Iran’s Revolutionary Guards mentioned Iraqi militia leader Abu Mahdi al-Muhandis among those killed.
US President ordered killing
A Pentagon statement said: “At the direction of the President, the US military has taken decisive defensive action to protect US personnel abroad by killing Qasem Soleimani.”
It added: “This strike was aimed at deterring future Iranian attack plans. The United States will continue to take all necessary action to protect our people and our interests wherever they are around the world.”
The drone strike comes days after protesters attacked the US embassy in Baghdad, clashing with US forces at the scene. The Pentagon said Gen Soleimani approved the attacks on the embassy.
GTV