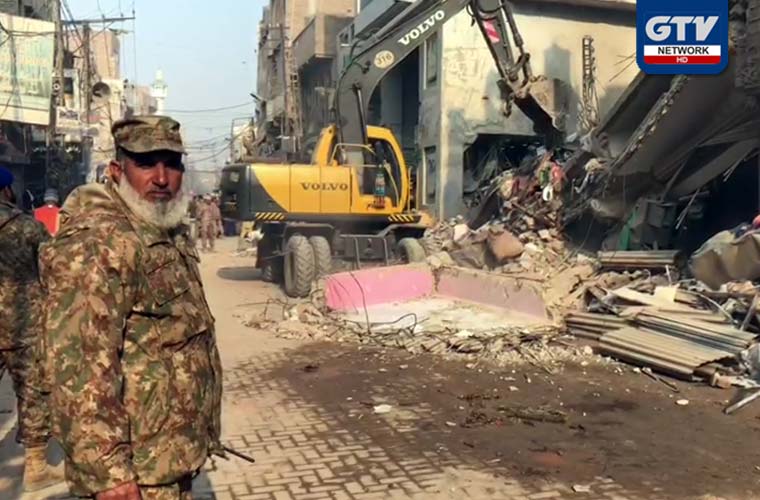 Latest reports had it the rescue teams found two more bodies. They also took out two injured and shifted them to hospital.

GTV Network HD had yesterday reported the fall of the building that left three dead.

At least two woman and a child die due to building collapse in Sukkur on Thursday. Five families were living in the 15-year-old four floor building.

The residential building at Hussaini road/Station Road collapsed. Resultantly, many buried under the debris.
Latest reports had it that two women and a child lost lives.
However, rescue teams remain engaged in removal of debris for evacuation of entrapped survivors.
Sukkur Mayor Arsalan Sheikh said that the rescue teams have saved at least four people so far.
They immediately shifted them to the civil hospital.
The residents said that building was in a dilapidated condition.
Sindh Chief Minister Syed Murad Ali Shah while taking notice of the incident has directed Commissioner Sukkur to launch a probe and submit a report.
This was second collapse of its kind in a week. On December 30, 2019, a residential building collapsed in Karachi Ghas Mandi. But, luckily no casualty occurred.