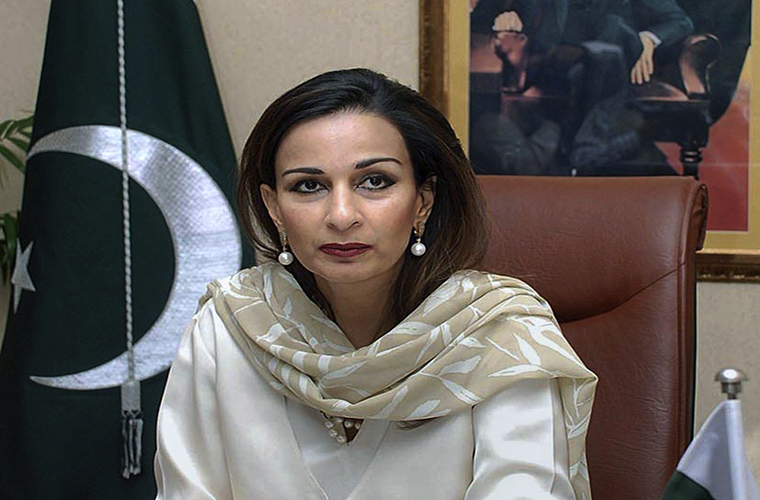 She called it a big news with big consequences.

She said if indeed Iran’s Gen Soleimani has been killed in Baghdad by a US airstrike, it’s big news.

Sherry Rehman has also served Pakistan as an ambassador to US.

She remained minister in PPP government and also became Opposition leader in the Senate.

Presently, she is parliamentary leader of the PPP in Senate. Besides, she chairs a think-tank Jinnah Institute.

In her tweet she further said that Soleimani took command of Quds Force 15 years ago; has sought to reshape the Middle East in Iran’s favor, emerging as the single most important power broker and military man there

US airstrike in Baghdad

According to BBC report, Pentagon confirmed that US forces in Iraq killed General Qasem Soleimani, the head of the Iranian Revolutionary Guards’ elite Quds Force “at the direction of the president”.
Gen Soleimani was being driven by car at Baghdad airport, alongside Iraqi PMU commander, when he was hit by a US air strike.
But the US accused the commander and the Quds Force as terrorists, and holds them responsible for the deaths of hundreds of US personnel.
However, Iran and its IRGC said that they extended support to Iraq at Iraqi government’s request.
Particularly, they highlighted their key role in counterterrorism operations against Daesh (ISIS).
US President Donald Trump tweeted an image of the American flag after the news broke.
However, Iran’s Supreme Leader Ayatollah Seyyed Ali Khamenei commented on the martyrdom of the “great commander” of the IRGC’s Quds Forces Major General Qasem Soleimani.
According to IRNA, he said harsh and severe revenge is awaiting the criminals.