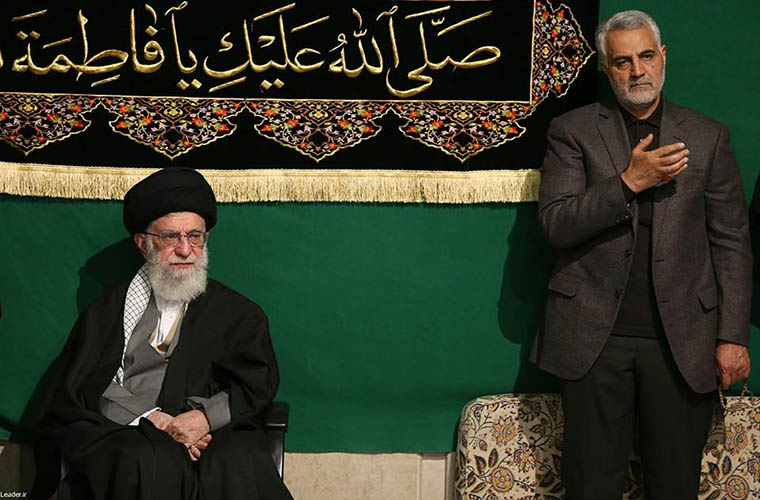 Khamenei foresees severe revenge against US strike on Soleimani. He said that harsh and severe revenge is awaiting the criminals.
According to IRNA, Iran’s Supreme Leader Ayatollah Seyyed Ali Khamenei commented on the martyrdom of the “great commander” of the IRGC’s Quds Forces Major General Qasem Soleimani.

In a message issued Frida, he stressed that severe revenge is waiting for those who are behind this criminal act.
The message came following the martyrdom of the Major General of Iran’s Islamic Revolution Guard Corps (IRGC) and the acting commander of the volunteer Iraqi Forces the Hashd al-Shaabi, Abu Mahdi Al-Mohandes.
Furthermore, th Supreme Leader described the martyred commander as the image of the international resistance movement.
He stressed all those who adhere to resistance will work to avenge his blood.
Ayatollah Khamenei said both the comrades and foes of the martyred IRGC commander should know that the Jihadist movement and resistance will go one even with more zeal now because the ultimate victory is awaiting those bright souls who follow the path of Mujahedeen.
The Supreme Leader had earlier this morning announced three days of public mourning on the martyrdom of the IRGC commander Qasem Soleimani.
He also extended his condolences to the martyred commander’s spouse and children.
The martyred IRGC commander and Al-Mohandes were separately leaving Baghdad airport in two cars early Friday morning when they were targeted and assassinated.
Major General Soleimini is said to have arrived at the airport from Lebanon.
Iraqi media said the US helicopters targeted both cars.
The assassination stands at top of news in Iraq, the region and the whole world.
The IRGC confirmed the martyrdom of the great commander in a statement.
In the statement, the IRGC said that the glorious commander of Islamic forces was martyred in a US helicopter attack on Friday morning at the culmination of his lifelong efforts to promote the path of God.
Background:
Quds Force commander Qassem Soleimani killed in US airstrike
US President ordered killing of Iran Quds Force Commander
.GTV