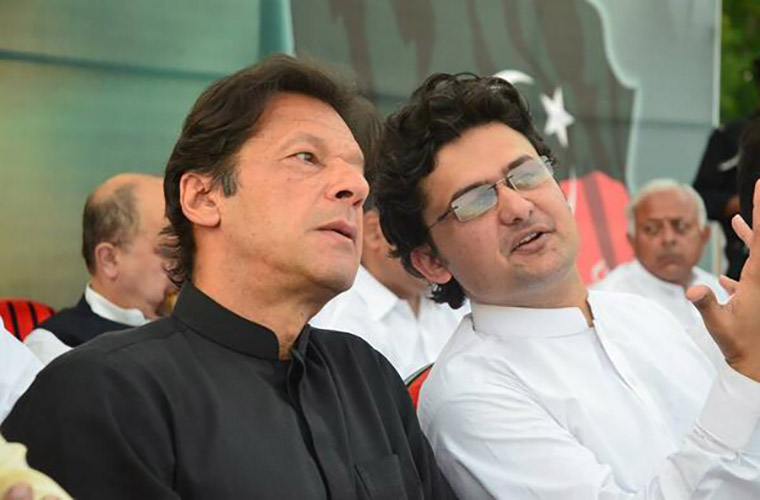 PTI senator taunts corrupt mafia of opposition parties for criticism against the government.

While talking to a private news channel, he urged the opposition parties to fully focus on highlighting issues of public interest. He also urged them to focus on their resolution through legislation during the year 2020.

However, he implied that opposition fear due to PM IK’s performance in multifaceted sectors of development. He said PM Khan’s sincere efforts for bright future of the country also scared them.

The PTI lawmaker termed 2020 as the year of relief for poor segments of the society.

He vowed PM Khan-led government’s contribution for the cause of the nation would become part of the history. He also foresees written that in golden words.

Faisal Javed said the country was moving in right direction towards achieving its real goals under the leadership of Khan.

He noted public support to Pakistan Tehreek-e-Insaf (PTI) through their mandate. Hence. he vows government will resolve public problems at per its commitments.

He said corrupt mafia of opposition do whatever they want against government but PTI remain hopeful for public support with Imran Khan’s government.

Faisal said public had cast their votes for PTI for change while Pakistan now blessed with a genuine leadership under the command of Imran Khan. He also pledged that PTI would serve public and will continue this mission for now and ever.

He said the elements involved in corruption are jointly trying to topple the government with issuing their false statements. Faisal further said they were adopting blackmailing tactics but he vowed to defeat them.

The dream of development and progress in the country would remain incomplete without fair and strict accountability.

By the grace of Allah Almighty we have been successful in overcoming economic crisis in the country,” he claimed.

Faisal Javed said in 2019 we have stabilized the economy of country under the leadership of Imran Khan and in 2020 people will get its positive results.

He said after 1960s we again have focused on industrialization.

Furthermore, he expressed hop to to control inflation and poverty through establishing more industries in the country.

He also renewed his government’s pledge to bring real change in the lives of poor people till the end of the year.

Faisal said in the new year 2020, the government would strive to further bring stability in the economic system so that its fruits could be reaped by the common man, thus bringing betterment in their lives.

The government, he said, is equally focusing on advancement of investment, raising revenue generation, inflation control and combating associated increase in the cost of living.

He said his government was committed to progress and development and undertaking a string of projects across the country to boost national economy generate, employment and reduction of poverty.

Senator Faisal Javed said Prime Minister has directed all ministers to focus on improving the living standard of common man.

Imran Khan was working day and night for development and progress in the country, he added.