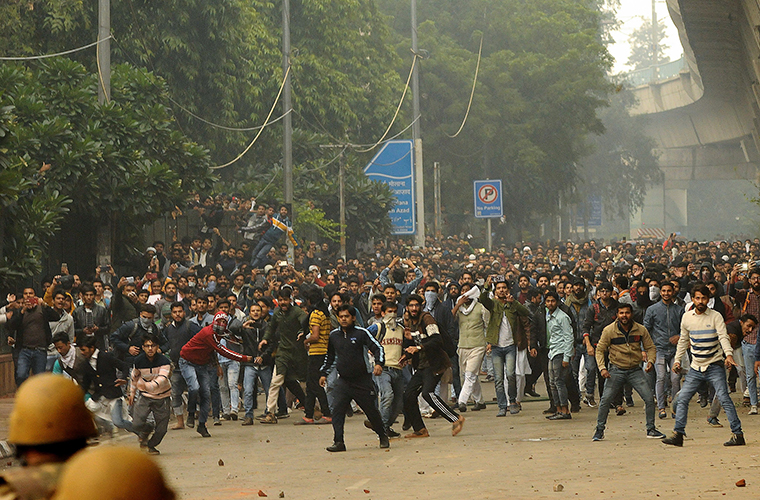 Moreover, they pledged to defend the Constitution.

At the Jamia Millia Islamia, students and civil society members were carrying the tricolour flag and banners.

They gathered on the road outside the university.

They expressed solidarity with protesters outside the university and lauded protestors’ efforts in continuing the agitation.

She lauded protesters. She said they had woken up the entire country.

Hundreds of people including women in South Delhi’s Shaheen Bagh staged a strong protest against the new law.

They were holding placards  inscribed with slogans “No to Citizenship Act” and “We the people of India want a new Prime Minister”.

Indian diaspora in the United States also held a protest rally against the new law.