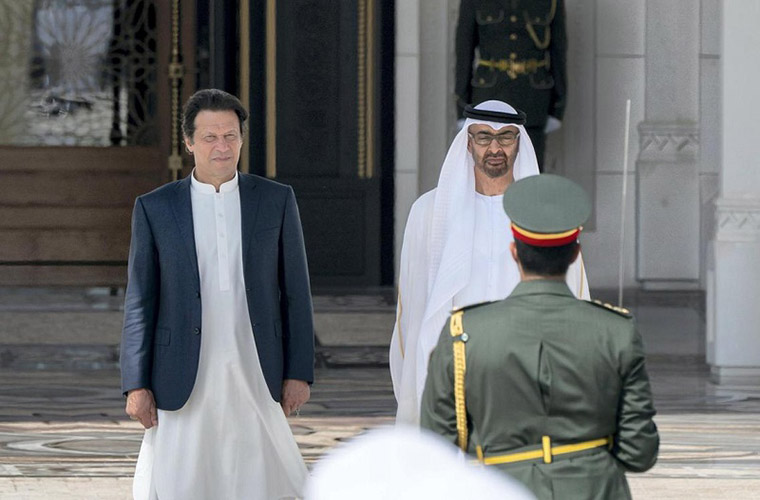 Imran Khan will host a luncheon in his honour after the meeting.
Frequent exchange of high-level visits between Pakistan and the UAE is reflective of the importance that the two countries attach to their fraternal ties.
The visit also illustrates the strength and substance of the Pakistan-UAE special relationship.
The UAE is Pakistan’s largest trading partner in the Middle East and a major source of investments.
It is also among Pakistan’s prime development partners in education, health and energy sectors.
UAE hosts more than 1.6 million expatriate Pakistani community, which contributes remittances of around $4.5 billion annually to the GDP.
The visit of Crown Prince will contribute to further enhancement of multi-faceted collaboration between Pakistan and the UAE.
GTV