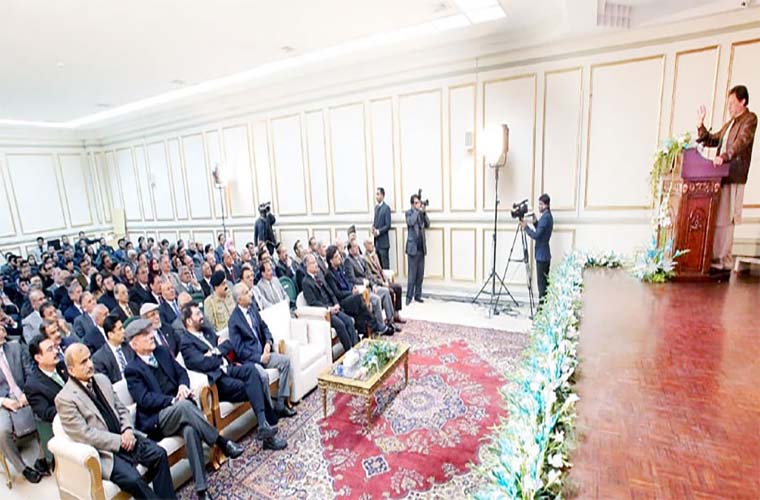 He further said economy has been stabilized during the last year and now all economic indicators are showing positive signs.

Furthermore, he said now the government will focus on utilizing all available resources in the country. Besides, he added government would focus on providing maximum relief to people.

Meanwhile, he said the government will ensure provision of essential commodities at utility stories. He assured availability of commodities at lower rates and also introduce Insaf Cards.

He announce more Lungar in slum areas; while he also referred to Health Insurance Cards and Panahgahs for the needy.

Moreover, he also underlined his vision of building Pakistan on the pattern of the State of Madina.

Imran Khan said that humanity, rule of law and education will be focused during the PTI government.

He said technology and research will have to be given due importance in the education system to make real progress in the current modern era.

The Prime Minister reiterated his commitment to rectify the system by bringing meritocracy and strengthening institutions.