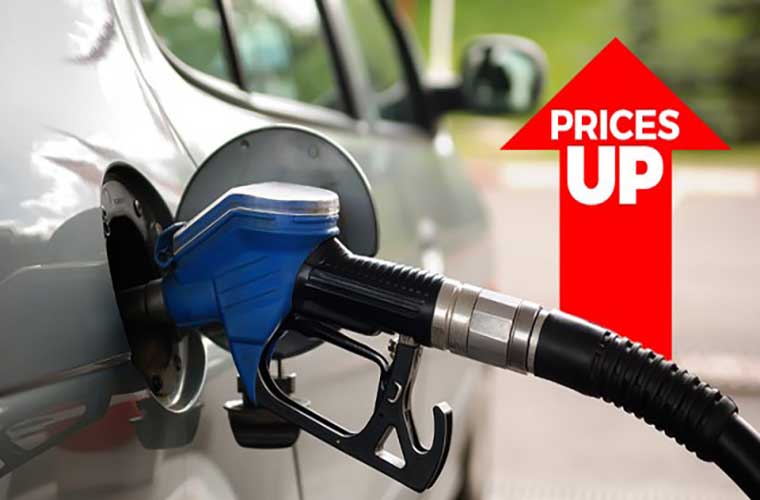 Petrol and diesel prices increased with the arrival of new year as the government has revised prices of POL products for current month.

Furthermore, it suggested an increase of Rs3.10  per litre in kerosene oil price while Rs2.08 per litre rise in light diesel oil  price.

According to Finance Division, the new price of Petrol now 116.60 rupees per liter while High Speed Diesel 127.26 rupees.

Meanwhile, after aproval of OGRA recommendations, government fixed Kerosene oil price at Rs 99.45 while the price of Light Diesel Oil at Rs84.51.
After approval, the price of petrol stood at Rs116.60, while diesel Rs127.26.
The new prices  remains effective from today (January 1, 2020).

Interestingly, Radio Pakistan has released a report of government’s committment to carry on the welfare agenda in the New Year.
It further claimed that the agenda aims to shield the marginalized segments of society. For that they vowed to enhance allocations for social protection program of Ehsaas.
Similarly, the reform agenda will also be pursued aggressively to improve economic fundamentals.
The completed projects of CPEC have already started their contribution to the economy.
The New Year provides an opportunity with firm resolution to push forward CPEC to new heights.
The government also want to make it the year of industrialization, agricultural modernization and socio-economic development.
Keeping in view aforesaid report, hike in prices of petroleum products disappoint the masses.
GTV

Five terrorists killed in an encounter with security forces near Quetta