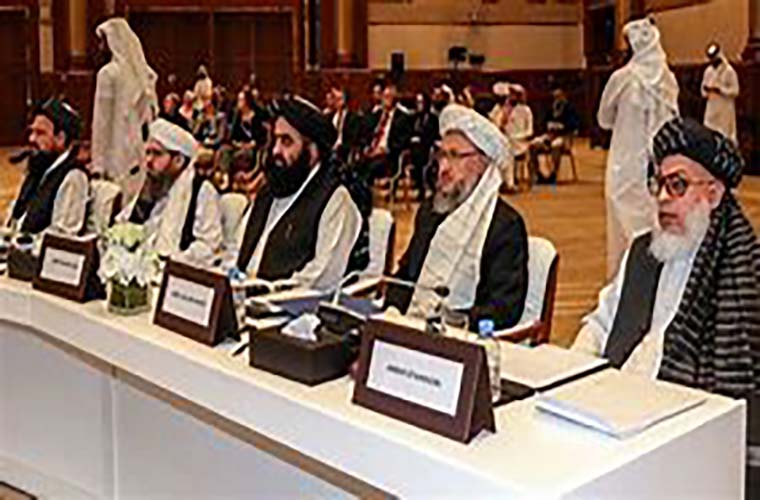 Taliban agree to a temporary ceasefire in Afghanistan but they have not disclosed details.

Western media reports had it that officials from the militant group have said so.

Although agreement came during talks between the US and Taliban officials in Qatar, no immediate response from Washington so far.

Taliban agree to a temporary ceasefire

International news Agency the Associated Press also reported that a date has not been finalized for the signing of peace deal.

Meanwhile, The Guardian reported that the ceasefire could last for 10 days but this too not specified.

Then would come intra-Afghan negotiationn.

Many see it has provided a window in which a peace agreement with the United States.

But, they did not say when it would begin.

Four members of the Taliban negotiating team met for a week with the ruling council before they agreed on the brief ceasefire.

The negotiating team returned on Sunday to Qatar where the Taliban maintain their political office.

The US special peace envoy Zalmay Khalilzad has been holding peace talks with the religious militia since September 2018.

Meanwhile, talks were suspended in September when both sides seemed on the verge of signing a peace pact.

However a surge in violence in the Kabul killed a US soldier, prompting Donald Trump to declare the deal “dead”.

Talks resumed after Trump made a surprise visit to Afghanistan at the end of November announcing the Taliban were ready to talk and agree to a reduction in violence.

Even as the Taliban were talking about ceasing hostilities, insurgents carried out an attack in northern Afghanistan on Sunday that killed at least 17 local militiamen.

Last week, a U.S. soldier was killed in combat in the northern Kunduz province.

A ceasefire had been demanded by Washington before any peace agreement could be signed.

However, a peace deal would allow the US to bring home its troops from Afghanistan. It would end US 18-year military engagement there, America’s longest.

Furthermore, the US want the deal must include a promise from the Taliban that they would not use Afghanistan as a base against US.

The US has an estimated 12,000 troops in Afghanistan.

The Taliban chief must approve the ceasefire decision.