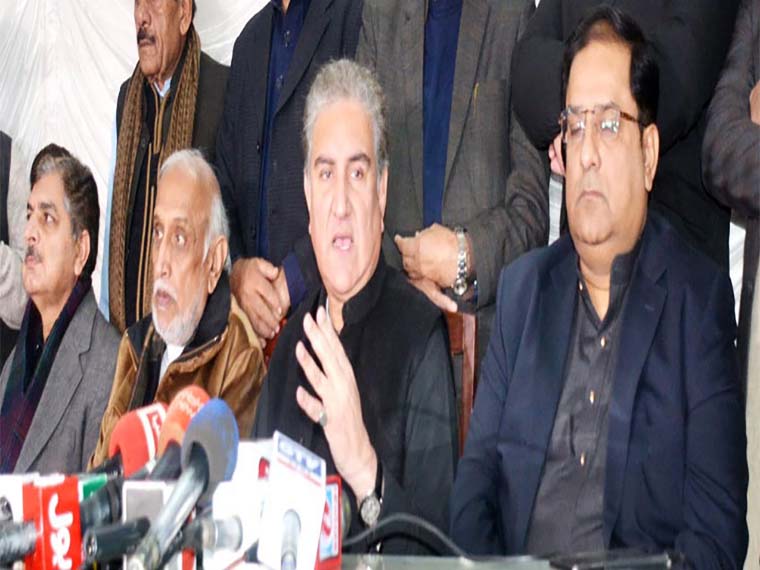 He noted that India appears to remain divided into secular and Hindutva philosophy under the current Modi government.

He also cited that the minorities and educated Hindus are protesting against Citizenship Amendment Act 2019 across the country.

Foreign Minister noted protest-like environment in the entire India. He said twenty-five people have so far lost lives in the current tension while Chief Ministers of five states have refused to implement the controversial Act.

He further said that international newspapers and magazines are carrying articles. Therein they criticise the Indian government that is pursuing the Hindutva agenda.

Moreover, Indian government carried out communication blackout in occupied Kashmir after imposing curfew. That has remained enforced for five months. But, according to Qureshi,  (Modi govt) cannot put the entire India under curfew. He said the world saw the real face of India.

Shah Mahmood Qureshi said India has been carrying out ceasefire violations along the Line of Control. He said India cut fencing on the LoC at five places.

Furthermore, he said he has sent his seventh letter to UN Security Council president, apprising him of situation on the ground. The FM said UN Military Observers Group should brief the UNSC about the situation prevailing along the Line of Control.

Foreign Minister said Pakistan desires an early meeting of the foreign ministers of Organization of Islamic Cooperation on the human rights violations in occupied Kashmir to send across a message of the entire Ummah on the issue.

Meanwhile, Qureshi also spoke on internal political situation. While answering a question about NAB Amendment Ordinance, he said that PPP and PML-N desired review of the NAB law. And now as government has proposed some amendments, the opposition parties are trying to give it a new color.

He said the matter can be resolved through mutual consultations.