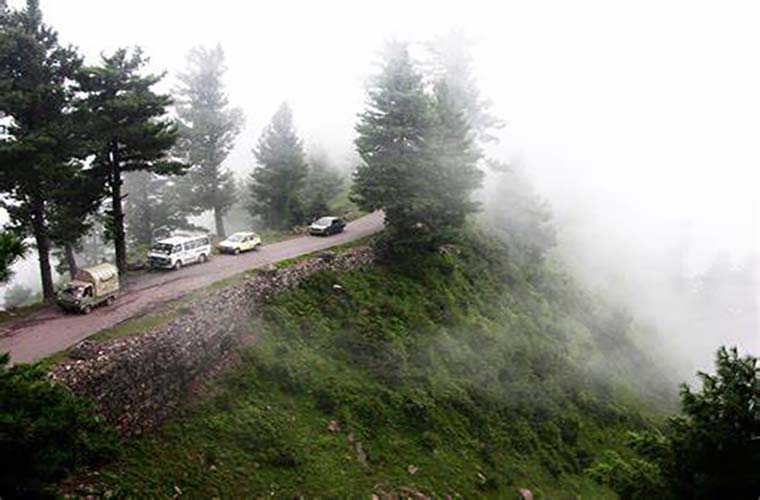 Asian Development Bank (ADB) approved up to US $ 150 million for different road infrastructure project. It include major roads to provide connectivity and links between the different regions of Galliyat.

However, the GDA would execute different projects connectivity to enhance the facility of integrated tourism in region for building road links in Galliyat region.

He said they had prepared feasibility report of this project. He said GDA also wanted to enhance the road connectivity between other different tourism potential regions of Galliyat to facilitate the tourist coming from all over the world.

While answering a question regarding other project for development of tourism in Galliyat region, he said idea of Adventure Theme Parks in Ayubia and Food Street in Nathiagali also in pipe line. It would start in coming years to provide facilities to the tourist according to the modern trends.

Raza reiterated that to create an enabling environment for local and international tourism.

He further said that GDA would provide world-class facilities that commensurate with our rich cultural heritage, rare archaeological treasures and exquisite environmental beauty. All it would do in close partnership and coordination between the public and the private sector.

Replying to a question he said after the revival, automation and modernization of this project, GDA would earn more revenue for enhance the infrastructure to facilitate tourists.

He said according to the new master plan, GDA would have automated the whole infrastructure for providing the new modern facilities for the local and international visitors.

He said through the new master plan, GDA has also adopted a strategy to promote the concept of education and health tourism to give new concept for investment and create employment opportunities for local people according to the vision of the PTI government.

To a question regarding the upcoming mega projects under GA he said, “We want to establish four star hotels in Nathiagali to attract more tourists and create new job opportunities in in the region.

GDA is committed to introduce the model of Integrated Tourism Zones (ITZs) in ‘Thandiani Galliyat’ with innovation to integrate all services at one place for attracting more tourism in the region, the Director General, GDA said.

Integrated Tourism Zones (ITZs) was new concept of modern tourism. It followed by government of Khyber Pakhtunkhwa for launching modern idea of one window operation and one stop shop to evolve and integrate all services under one place, he said.

They include each one in Thandiani Galliyat, district Mansehra, District Chitral and also two more ITZs for Swat region to modernize the tourism infrastructure in the region.

Moreover, he said Thandiani Tourist Zone would seek huge attraction for the international investor, where they can invest truism infrastructure, hospitality and other areas.