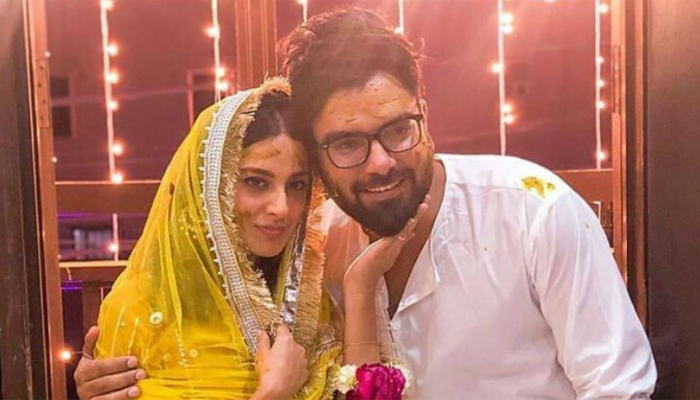 This Saturday, December 28, the lovebirds will tie the knot. With a vibrant and colorful Mayun ceremony on Monday, the couple marked the beginning of their wedding festivities.

The bride went completely traditional with intricate Henna all the way up to her elbows at the Mehndi ceremony of Iqra Aziz and Yasir Hussain.

Yasir and Iqra are in the headlines as they stunned fans and friends at the Lux Style Awards with their PDA-filled proposal.

After Yasir’s impromptu proposal to Iqra at the 2019 Lux Style Awards, the couple has been the city’s talk. The pair revealed their wedding date on Instagram earlier this month, December 28, 2019.

They also started the #IqYasirDaViyah movement, which made it all super easy for their fans and supporters because it means they can follow it all on this hashtag without searching anywhere else.

Hussain revealed to GTV earlier that the couple are not targeting grand wedding events. “It is going to be a small intimate affair,” he said. With the exception of a few close friends, the couple also intend not to invite other industry stars.

The groom-to-be said that the reception will be very unique while shying away from spilling anything else.

They will also share the screen in Jhooti upcoming drama.