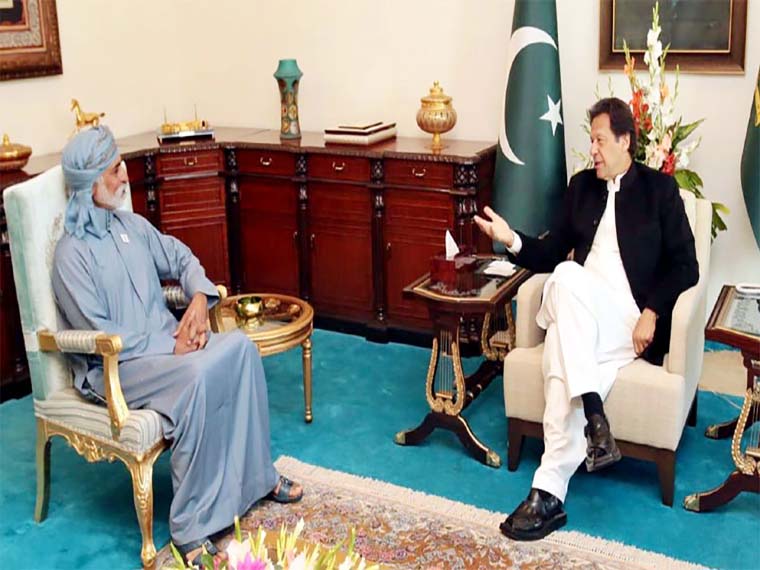 Furthermore, the meeting focused on strengthening Pak-UAE relations in diverse areas.
The UAE minister apprised Prime Minister of his government’s efforts towards building a tolerant nation.
He also informed that UAE was observing 2019 as the ‘Year of Tolerance.’  It has introduced a National Tolerance Programme to deepen the values of tolerance and co-existence among cultures. Specially, the programme focus on 200 nationalities forming the UAE community.

Meanwhile, UAE minister-led delegation called on President Dr. Arif Alvi.
The president shared with them that Pakistan wants to further strengthen existing bilateral engagement with the UAE at all levels.
He said Pakistan wants strenthened bilateral ties in all fields including trade, investment, energy, culture and tourism.

While talking to UAE Minister, he said Pakistan and the UAE enjoy close and cordial fraternal relations. Specially, he noted relations based on the solid foundations of a shared faith, culture and heritage.
The President highlighted that 1.6 million strong Pakistani community is a bridge between the two countries.
He emphasised that Pakistan remains proud that the Pakistani Diaspora has made contribution in the development of the UAE.
Moreover, he stressed for more employment opportunities for Pakistani workers in the UAE.
The President appreciated the efforts of the UAE for promoting regional peace and stability.