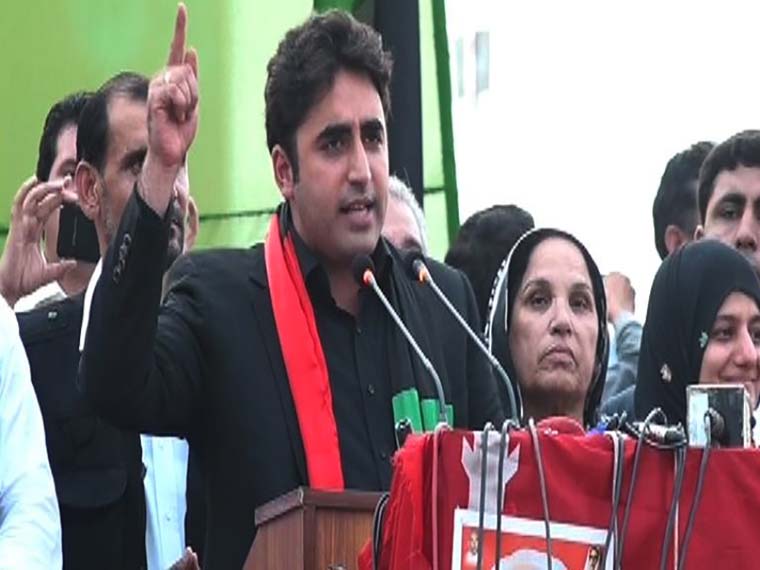 Bilawal vows to accomplish unfinished agenda of Benazir Bhutto as he addressed the PPP supporters on BB’s 12th death anniversary.

Bilawal said the political orphans were ruling Pakistan. He claimed Pakistan face with a crisis of leadership and besides economic crisis.

He noted they said Mian sahab [Nawaz Sharif] will never go abroad for treatment but he went abroad for medical treatment. They said ex-President Zardari will never come out of jail but he also came out.

Moreover, Bilawal asked people to support him in ousting this government of selected and political orphans.

He asserted that people’s rule cannot be established without the PPP. He also lauded his grandfather Zulfikar Ali Bhutto. He said credit goes to ex-PM ZA Bhutto for rights to the labourers.

PPP chairman said his mother had fought two dictators during her lifetime. She never backed down from anyone. She became the first female head of state of a Muslim state despite assertions against such scenario.

Bilawal referred to much-needed missile technology which Benazir brought for Pakistan. He said she had come back to Pakistan prior to her assassination, to ensure democracy thrived in the country.

He criticised “those in corridors of power” for removing women beneficiaries of the Benazir Income Support Programme (BISP) from its list and declaring them “undeserving”.

“This is not the independence that Quaid-e-Azam Muhammad Ali Jinnah gave us,” he said. “We will build the Pakistan that Benazir envisaged for you.”

He said that martyred former prime minister Benazir Bhutto struggled for the rights of general public for 30 years.

He said that Rawalpindi witnessed how the peoples leader was treated, adding that martyred Bhutto gave rights to the labourers.

Bilawal said that his grandfather Zulfikar Ali Bhutto gave rights to labourers when he was prime minister and his mother Benazir had fought two dictators during her lifetime.

The PPP chairman went on to say that Benazir Bhuto provided Pakistan with the much-needed missile technology. “The country is being ruled by ‘political orphans ,” he said and added today, media is under siege and judiciary is under attack.

He said: “People are protesting against the inflation and joblessness, adding that the economy is on the brink of destruction and the government has excluded over 0.8 million people from the BISP programme which is a grave cruelty.