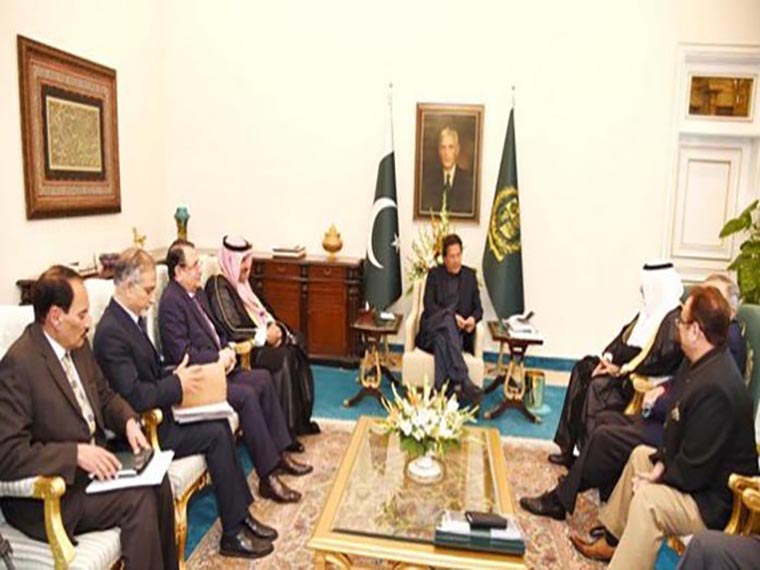 Prime Minister hails interest of Saudi Al Tamimi Group investment in Pakistan while talking to the chairman of the group yesterday.

While talking to him, the prime minister shared his government’s reforms regarding ease-of-doing-business. He noted the reforms ensured one-window operation to potential investors.

He said that Pakistan was blessed with 12 climatic zones and was suitable for a variety of agricultural, fruit, dairy and fisheries production.

The prime minister stated that the Government was also focusing on research & development to enhance productivity and increase exports with the help of private investors.

PM also stated that Government of Pakistan was working on establishing export oriented grading and standardization of indigenous fruits. Those include apple, peach, mango and citrus.

Furthermore, he explained these efforts aim at meeting the international demands due to these fruits acclaimed quality and taste.

During the meeting, adviser on Commerce Abdul Razak Dawood and senior officials assisted him.

He highly appreciated the PTI government’s measures towards achieving economic stability and growth.

He further stated that the stability of economic policies remain a major factor in attracting foreign investments.