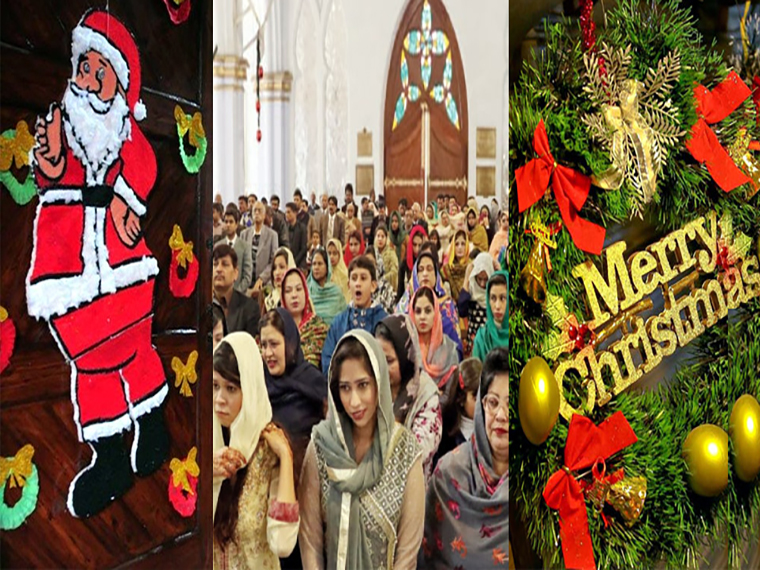 Christian community is celebrating Christmas across Pakistan while entire nation share greetings with them. Special services are being held in Churches to celebrate the festival.

Meanwhile, President Dr Arif Alvi and Prime Minister Imran Khan extended their heartiest greetings to all Christian brethren on Christmas.
In their separate statements, they also lauded the efforts of Pakistan’s Christian Community for socio-economic development of the motherland.

The President said that the Pakistan holds sacrosanct the equality and freedom of conscience of all citizens irrespective of belief, creed or religion.

Prime Minister said his government treats all minorities as equal citizens of Pakistan. He further said that the government undertakes to empower them to use their abilities for national development.

Moreover, he said Pakistan established Kartarpur Corridor to enable Sikh community of India to visit their sacred shrine. He noted it am explicit importance Pakistan accord to minorities and people of other faith.

Meanwhile, Special Assistant to Prime Minister on Information and Broadcasting Dr Firdous Ashiq Awan also issued Christmas message.
She vowed that the government will continue to protect rights and interests of minorities abiding by the vision of the Quaid-e-Azam.
Furthermore, she extended greetings to the Christian community across the world especially in Pakistan.

In her tweet, she also lauded the role of the Christian community in the country’s development.

Christian community remains an integral part of Pakistani nation. Like their Muslim compatriots, they too rendered sacrifices in the war on terrorism across Pakistan.

Because of moderate society of Pakistan, minorities enjoy their life like other citizens of Pakistan.

The Christmas also is celebrated in that fervour that the majority population share greetings with Christian community.

Although it remains an Eid like festival for Christians, Muslims also respect their Christian friends and neighbours on the occasion. And that remains the incontrovertible soft image of Pakistan.