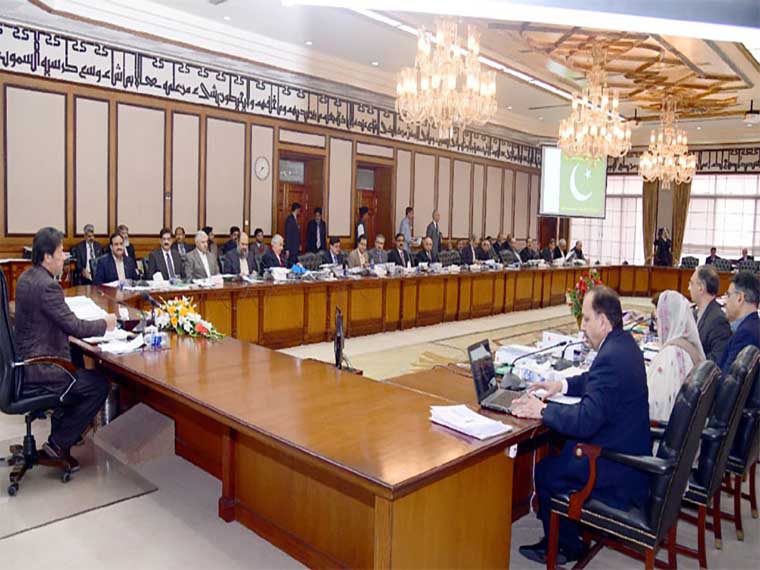 Telemetry system at reservoirs for fair water distribution among provinces unanimously approved at the CCI meeting in Islamabad.

The meeting of CCI held in Islamabad with Prime Minister Imran Khan in the chair and attended by all four chief ministers.

She said that CCI decided for preparing PC-1of the this system after review within four weeks.

She said the meeting further reviewed the net-hydel profit in detail and decided to constitute a high level committee comprising technical experts to prepare recommendations in this regard within one month.

The SAPM said that energy projects are right of every province and all provinces will take NEPRA into confidence before approval of any energy project.

She said the meeting also approved the policy regarding exploration and production of Oil.
Addressing the meeting Prime Minister Imran Khan directed to take steps to control of rising population in the country.

The meeting also asked the provincial governments to adopt collective strategy for equal curriculum and education system in the country.

The Special Assistant said that the meeting decided the royalty of LNG will be fixed based on sales purchase in future and all provinces will be taken into confidence while fixing the royalty of gas.

She said the federal government will take bold steps in protecting rights of labors in the country and all provincial governments will prepare policy in connection with Worker Welfares Fund.