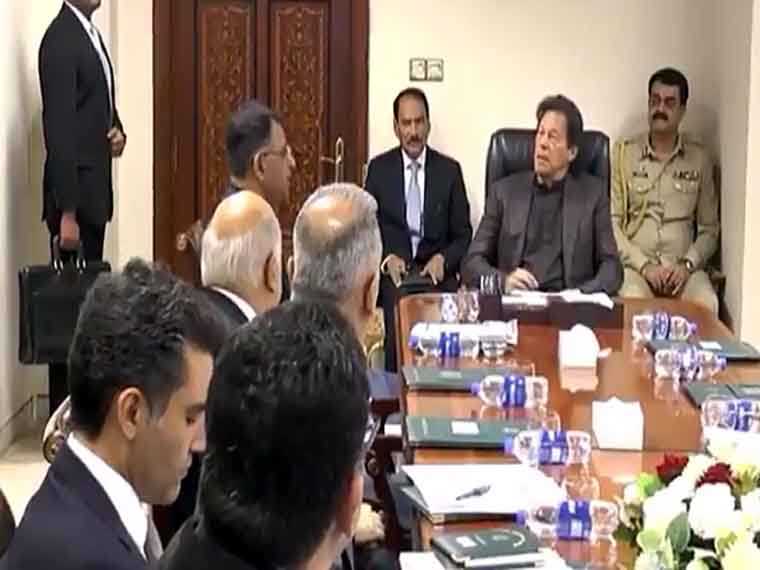 Prime Minister chairs meetings of CCI and PSDP in Islamabad where directed to ensure early completion of all development projects in the country.
The concerned officials  and mainly minister Asad Umar also attended the progress review meeting of Public Sector Development Programs for current fiscal year.
PM Khan said that implementation of PSDP would not only increase economic activities in the country but also generate job opportunities.
Furthermore, he said it would put the country on path of sustainable economic development.
The Prime Minister further said that government encourages public private partnership for development projects in the country.
For this purpose, he emphasized the government’s commitment to facilitate the private sector in every possible way.
The authorities concerned apprised the meeting they have ensured smooth and easier procedure of funds provision for early completion of development projects.

Meanwhile, the Council of Common Interests (CCI) meeting discussed 16-point agenda.
As per the procedure, CCI called chief ministers of all the provinces to the meeting.
The CCI deliberated on different matters including population census, LNG import, amendment in the Oil and Gas Regulatory Authority (OGRA) ordinance 2002 and alternate energy policy 2019.
The issue of distribution of natural resources under Article 158 and 172 also came under consideration while relevant members presented annual CCI reports 2016 and 2017 for approval.

Met predicts wind thunderstorm and rain in parts of the country