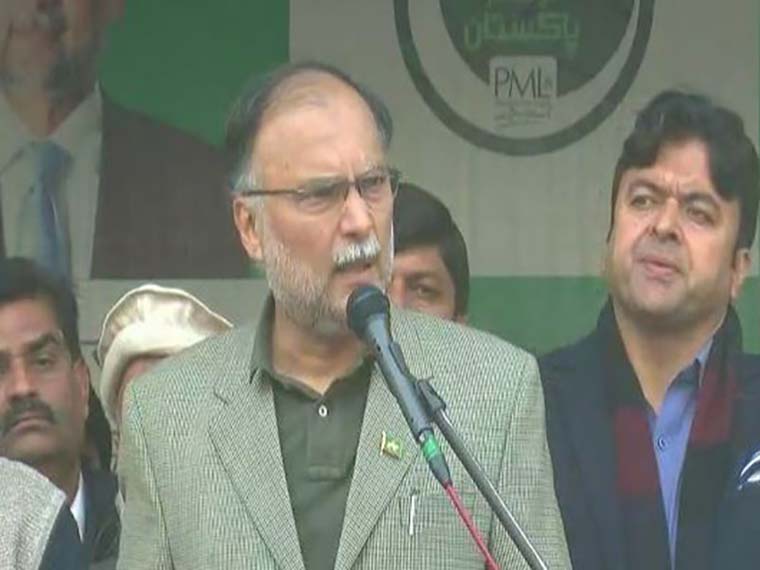 PMLN jeers at Imran Khan over U turn on Kuala Lumpur Summit where Prime Minister announced to join other Muslim leaders but skipped.

The Pakistan Muslim League-Nawaz mocked him or cancelling his trip to Malaysia.

He said this while addressing his party’s workers convention in Swat.

In response, Pakistan by saying it skipped the four-day summit in Kuala Lumpur to address concerns from some Muslim countries of a possible division in the Ummah.

Iqbal lashed out at the prime minister, saying that he was responsible for the current economic mess the country was in.

Meanwhile he asked if Imran Khan’s government put a stop to the Rs3,000 billion corruption.

Ahsan Iqbal said that the government had spread anarchy in the country through lies.

He said that the government used lies to put a dent in the PML-N. “Nawaz Sharif has been elected prime minister thrice,” he said. “He doesn’t have the greed to become the prime minister for a fourth time.”

Turkish President had blamed the Saudi Kingdom due to absence of Pakistan at the KL Summit.

He  said that Saudi Arabia’s and United Arab Emirates have the tendency to put pressure on other countries in doing or not doing things.

Specially, he gave the example of Pakistan, Indonesia and Somalia.

Finally, the Saudi embassy in Islamabad had to issue a clarification on the allegations.

Moreover, it rebuffed the reports that the Kingdom had allegedly pressured Pakistan against KL summit.

It said that KSA had mutual respect for their sovereignty and the independence of their decisions. The statement noted this remains a key feature of the well-established historical relations between them.

A new era of cooperation between Pakistan and Uzbekistan through PTA

Govt decides to not revive holiday of Saturday