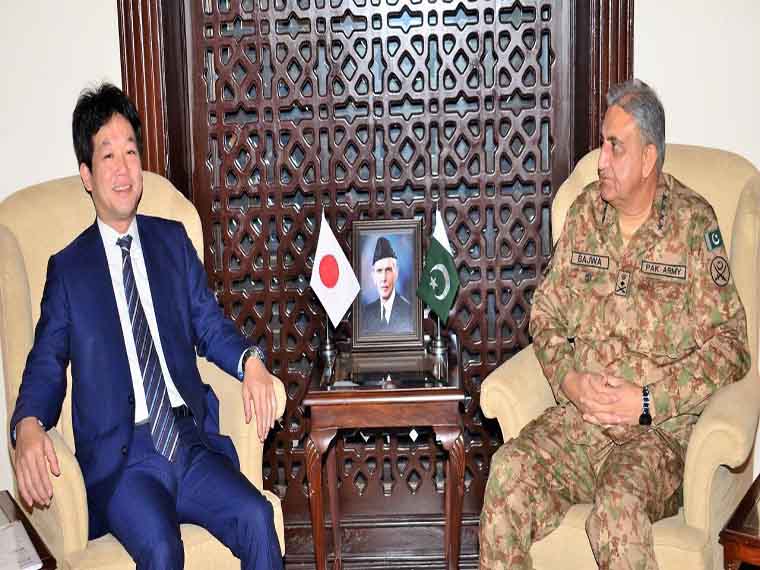 According to ISPR, Special Adviser for Foreign Affairs to Prime Minister Shinzo Abe of Japan called on Chief of the Army Staff.

Furthermore, he appreciated and acknowledged Pakistan’s positive role in the region.

Both reiterated the desire to further enhance bilateral relations including efforts for peace and security in the region.

Both of them discussed wide-ranging exchanges on Pakistan-Japan relations.