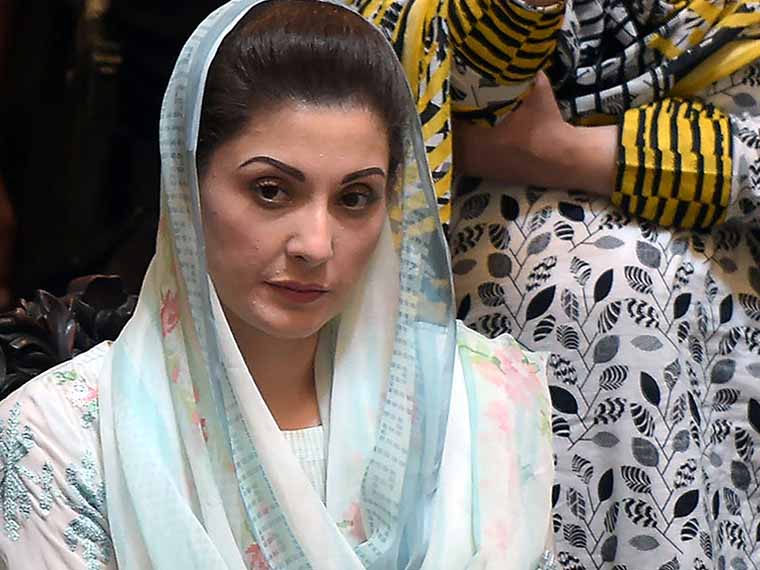 Fate of Maryam Nawaz ECL removal deferred as LHC will hear plea on Dec26
Pakistan Muslim League-Nawaz (PML-N) vice president Maryam Nawaz’ has sought removal of her name from Exit Control List.
The Lahore High Court, during the proceedings today, has directed to file another plea regarding the matter.
The directive came after Federal Cabinet’s decision that is due on Tuesday.

The plaintiff has stated that no stance has come forward from government side in this regard as the deadline given by the court has ended today.
On Dec 9, LHC had declared Maryam Nawaz’s petition seeking removal of her name from Exit Control List (ECL) as inadmissible and directed her to approach the interior ministry.
However, Federal Cabinet, under the supervision of Prime Minister Imran Khan, had opposed to send her abroad.
Federal Minister for Water Resources Faisal Vawda urged the government not to exclude Maryam’s name from ECL. Several ministers, including PM Imran, agreed with his opinion.
In November, LHC granted bail to Maryam Nawaz in Chaudhry Sugar Mills case against two surety bonds worth Rs10 million and submission of her passport.
On August 8, NAB team had detained Maryam Nawaz outside the Kot Lakhpat Jail in Lahore for skipping appearance in Chaudhry Sugar Mills due to meeting with her father Nawaz Sharif.
Maryam Nawaz was unable to provide the required details of foreign investment in sugar mills while she was also failed to satisfy the bureau regarding source of income for purchasing the shares. NAB had also claimed that three foreigners had transferred 11000 shares worth millions of rupees on Maryam Nawaz’s name.
On July 19, accountability court had turned down petition of NAB claiming Maryam Nawaz had produced a bogus trust deed in Avenfield reference.
Judge Mohammad Bashir had declared anti-corruption watchdog’s appeal as unmaintainable and ruled that no action can be taken in this regard until the decision of Islamabad High Court (IHC) on Maryam’s petition against the Avenfield properties verdict.
On July 6, 2018, accountability judge Mohammad Bashir had convicted former premier Nawaz Sharif and his daughter Maryam Nawaz in Avenfield properties reference and sentenced them 10 years and 07 years imprisonment, respectively.
In the verdict, judge Bashir had declared that “The trust deeds produced by the accused Maryam Nawaz were also found bogus… In view of the role of this accused Maryam Nawaz, she is convicted and sentenced to rigorous imprisonment for seven years with fine of two million pounds.”
GTV