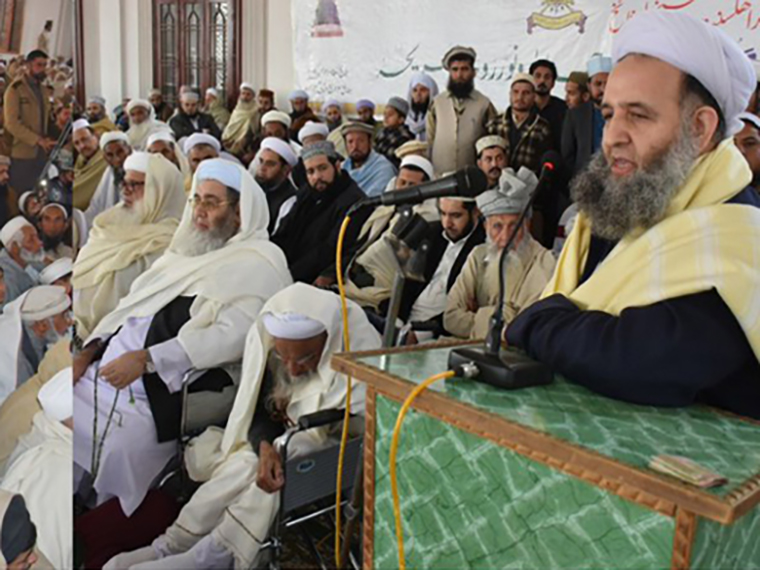 Peace and promotion of Islam made possible due to saints efforts, according to Federal Minister for Religious Affairs Pir Noorul Haq Qadri.

He said that the atmosphere of peace in the Islamic countries of South Asia and  promotion of Islam became possible due to  Sufis and Saints.

He said this, while addressing the “Sufi Conference” held on the first anniversary of Sheikh Gul (Late) at Khyber District.

Peace and promotion of Islam

Minister Qadri said that his father and religious Pashtun leader Shariat Sheikh Gul continued that mission of brotherhood and peace.

He said that his father Pir Sheikh Gul always gave a message of peace while his efforts turned many enemies into friends.

However, he also noted that people of the area have also gave respect to them.

All the leaders of Khyber district and the people and scholars remained thankful for opening up door of madrasas for serving the people of the area.

He said doors would remain open to the public and would not hesitate to make any sacrifice in this regard.

Meanwhile, at the end of the Sufism Conference, Pir Shamsul Amin made special prayers for Sheikh Gul. He prayed to Almighty Allah to establish peace in Kashmir and in the Muslim world.

The hosts thanked all the eminent scholars and the people for attending the conference.