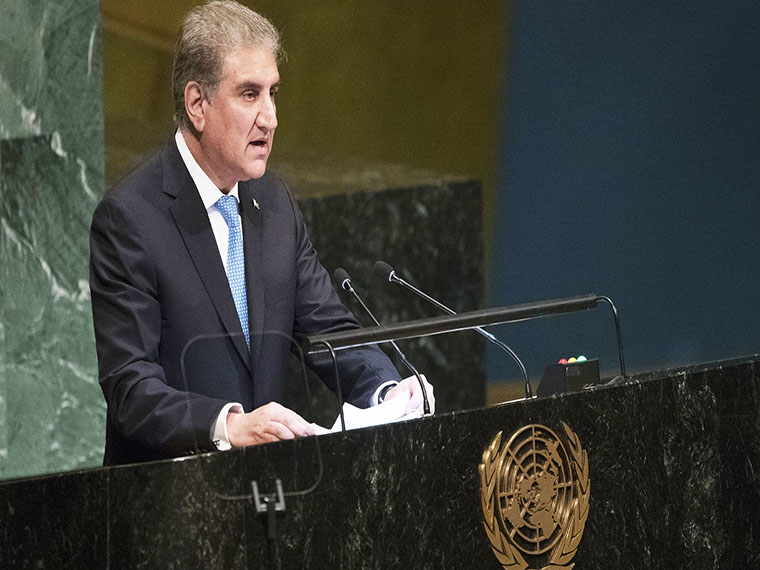 Pakistan remains concerned over threat to peace due to India, according to chief diplomat of Islamabad.

Furthermore, he alerted the world that India was badly affecting peace in the region.

All minorities particularly Muslims in India have been protesting against discriminatory Citizenship Act, he noted.

Furthermore, Foreign Minister referred to the fact that entire opposition in India is also protesting.

Besides, he had informed UN Security Council about apprehensions and possible threats in his letter on 12th of this month.

Meanwhile, Qureshi apprehended that India can resort to a false flag operation to divert attention from IOK and internal mass protests. India also sought to deflect attention from unprovoked ceasefire violation along LoC which it continues, he said.

He said that a large number of casualties have been reported and their posts also targeted.

He said that Pakistan army befittingly responded to the Indian cease fire violation in Dewa Sector.

Additionally, Prime Minister Imran Khan said that threat to Pak from India was also increasing.
Specially, he said that Indian Army Chief’s statement adds to our concerns of a False Flag operation.