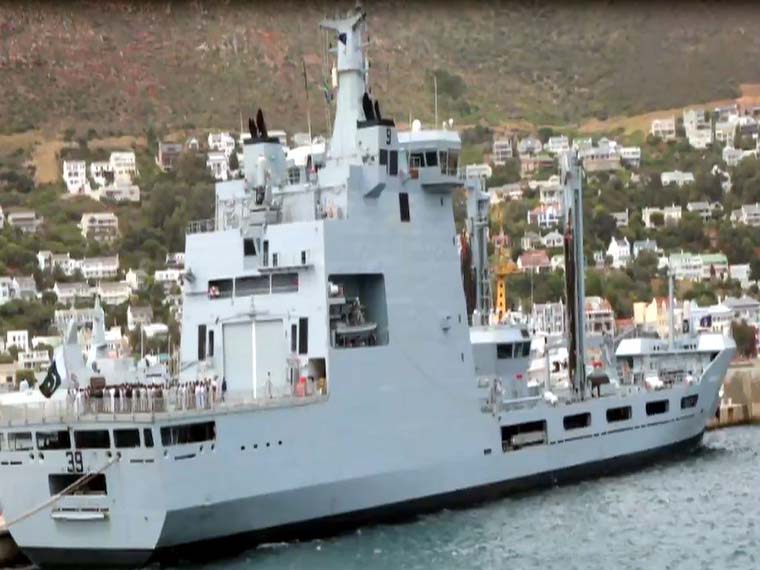 According to the Spokesperson of Pakistan Navy, the Mission Commander held important meetings with South African officials.

Furthermore, the commander discussed matters of mutual interest including the promotion of maritime cooperation.

He also apprised the South African authorities about Indian brutalities in occupied Kashmir and its disputed status as per UN resolutions.

Moreover, they also lauded the role of the Pakistan Navy for maritime security in the region.

Meanwhile, Foreign Minister Shah Mehmood Qureshi has urged the international community to take notice of Indian government’s dangerous steps. He asserted that India was badly affecting peace in the region.

In a statement, he said all minorities particularly Muslims in India have been protesting against discriminatory Citizenship Act.

Furthermore, he referred to the fact that entire opposition in India is also protesting.

The Foreign Minister had informed UN Security Council about apprehensions and possible threats in his letter on 12th of this month.

Qureshi apprehended that India can resort to a false flag operation to divert attention from IOK and internal mass protests.

Moreover, he said that India also sought to deflect attention from unprovoked ceasefire violation along LoC which it continues.

The Foreign Minister said Pakistan has befitting responded the unprovoked firing of Indian forces in which a large number of casualties have been reported and their posts also targeted.