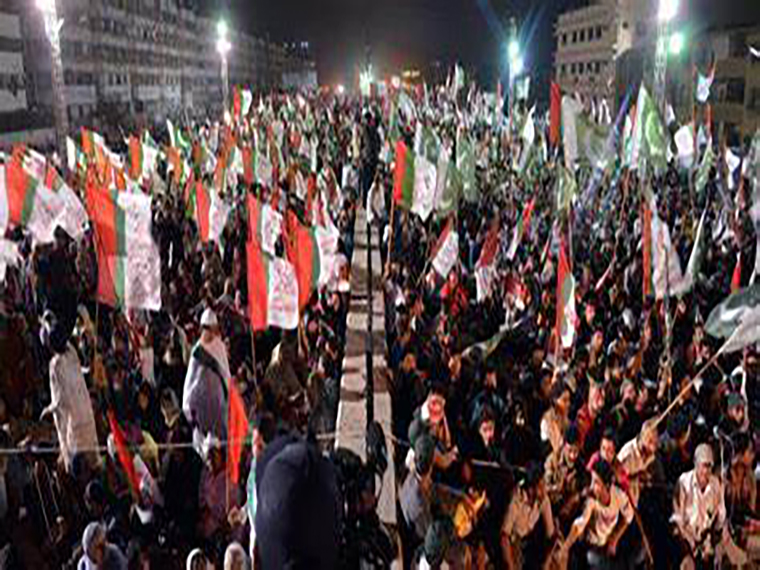 The supporters of Muttahida Qaumi Movement rallied at Liaquatabad Flyover on Sunday. They were raising slogans in support of former President General Pervez Musharraf.

Meanwhile, MQM leaders reminded the judiciary that justice remains the identity mark of courts of law.

They said that MQM respect courts of law but it was shocking to convict a soldier who safeguarded his homeland.

Furthermore, they emphasised that justice instead of force could bind the nation together.

Moreover, they also clarified they were not showing their mass support against judiciary. But, their public meeting aimed at defending the person who had served Pakistan for 40 years.

However, the London-based group of MQM’s founder leader Altaf Hussain continues to slam the MQM Pakistan.

Its official twitter account has launched a war of words in which they ridicule MQM Pakistan for ditching Altaf Hussain.

The supremo had angered the state authorities by an anti-Pakistan telephonic speech.

Minister links resumption of train operations with end to lockdown