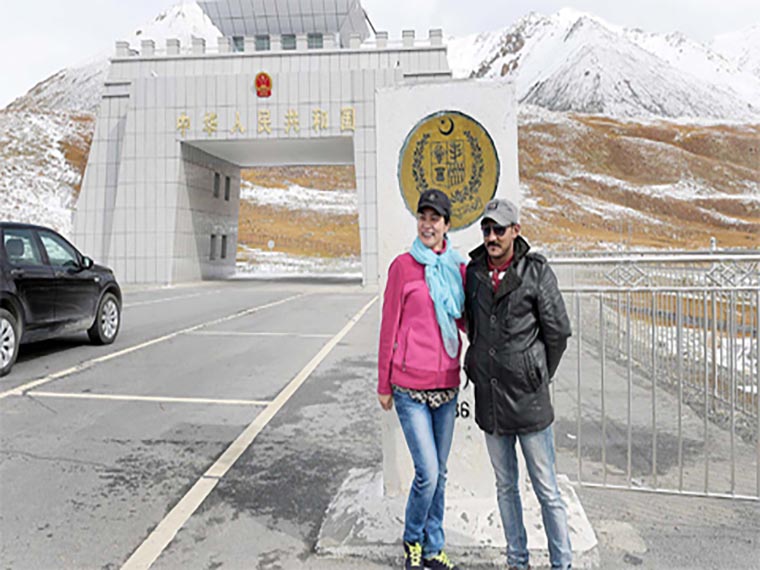 They secured this honour for Pakistan in Workers’ Games held at Wuhan University of Technology. Nine Pakistanis participated in the games and took part in running, throwing shots, lightning column war and other events of the games.

According to China Economic Net’s Saturday report, Pakistanis also deeply admired respect from people of China during the competition.

Accompanied by colleagues from the China Construction Third Bureau, they also visited the Wuhan subway, the Hubei Museum. Furthermore, they toured the East Lake and also tasted snacks at Hubu Lane. Later they  watched the Yangtze River night light show.

The Pakistani employees were highly impressed with the trip to China, and after returning home, everyone shared his experiences and feelings.

Talking about their visit to China, they said China is a world historical and cultural center, with more than 5,000 years of ancient history. It kept world-renowned and impressive cultural essence and historical sites.
The amalgamation of a number of people from different nationalities, a variety of Chinese clothes and different languages portray China’s image in more colorful and interesting way.

As Pakistanis, they also felt an emotional attachment to China. It could be said that “Pak-China friendship ” is higher than the mountains, deeper than the sea and sweeter than honey”, the group members commented after their visit.

It seems that all Chinese friends knew that Pakistan is China’s “iron brothers” and they feel sincere respect and friendship from their Chinese brothers and sisters.

In an interview, Pakistani employees stated that China Construction is the world’s largest engineering contractor with operating performance in more than 100 countries and regions at home and abroad.
M-5 motorway is the largest transportation infrastructure project of the China-Pakistan Economic Corridor undertaken by China Construction.

Xiao Hua, Chairman China Construction Pakistan Co., Ltd. stated that in the course of implementing the project, China Construction always adhered to the principle of openness, and strove to bring more people and more social forces to coexist in variety of ways and methods.

PCB and franchises eye remaining matches of PSL 2020 in November