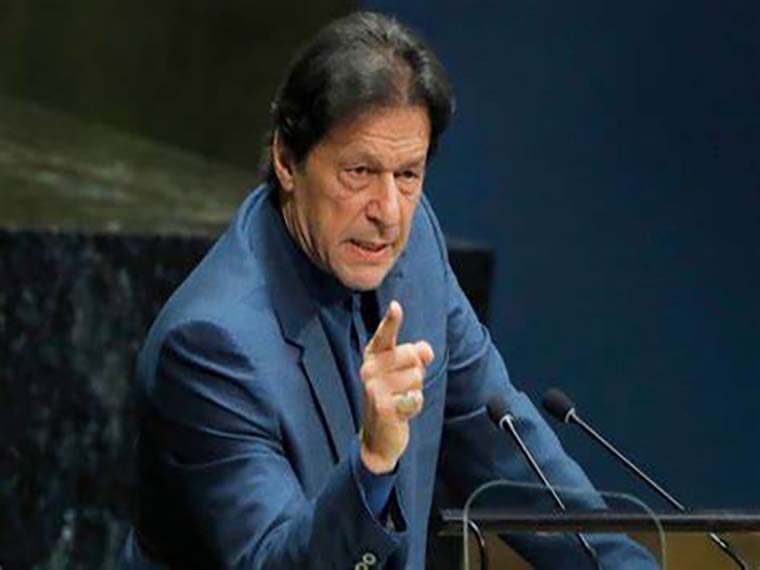 Pakistan see no option but to befitting response to India false flag operation, said Prime Minister Imran Khan.
Prime Minister of Pakistan referred to Indian plots which made him to apprehend future plots.

PM Khan expressed apprehension that India was plotting false flag operation.
He noted that over the last 5 years of Modi’s govt, India has been moving towards Hindu Rashtra with its Hindutva Supremacist fascist ideology.
Khan pointed that with the Citizens Amendment Act, all those Indians who want a pluralist India are beginning to protest.
In a series of tweet, he further said that it is becoming a mass movement.
Furthermore, he said that at the same time the siege by Indian Occupation forces in IOJK continues and a bloodbath can be expected when it is lifted.
While referring to increasing, PM said threat to Pak from India is also increasing.
Specially, the Prime MInister saisd Indian Army Chief’s statement adds to our concerns of a False Flag operation

Meanwhile, he recalled he had been warning the international community of this for some time.

if India does such an operation to divert attention from its domestic chaos plus whip up war hysteria to mobilise Hindu nationalism. Then, Pakistan will have no option but to give a befitting response.