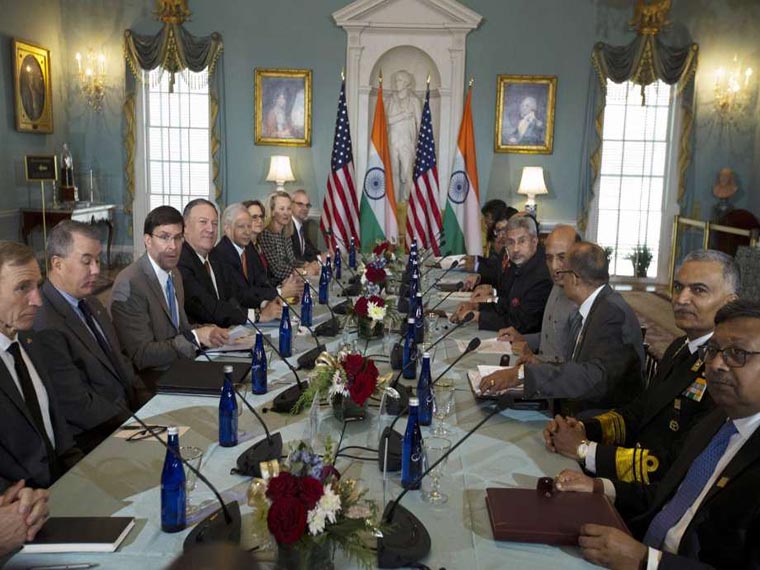 Pakistan conveys concerns to US against joint statement of US and India  through diplomatic channels.

Foreign Office Spokesperson has issued a statement to reject US India joint statement of two plus two dialogue and joint press availability in Washington.

Specially, the FO conveyed its concerns and rejection of the unwarranted reference to Pakistan.

Furthermore, it said that Pakistan take strong exception to the unwarranted references to Pakistan in the Joint Statement issued in Washington after the conclusion of US-India Dialogue.
The FO statement also referred to Indian Ministers of Defence and External Affairs’ anti-Pakistan assertions during the Joint Press Conference. It called them equally reprehensible.

Meanwhile, it noted grave humanitarian and human rights situation in the Indian occupied Jammu and Kashmir.
It further said India’s unilateral and illegal measures of 5 August and its belligerent rhetoric and actions pose a serious threat to peace and security in South Asia.
The FO made clear that failing to take cognizance of that serious situation tantamount to abdication of international responsibility.

Moreover, the FO cited that international community recognizes Pakistan’s efforts, sacrifices and successes in the fight against terrorism.
Pakistan government believes that India’s state-terrorism in occupied Kashmir and its threats to Pakistan imperil regional peace and security.