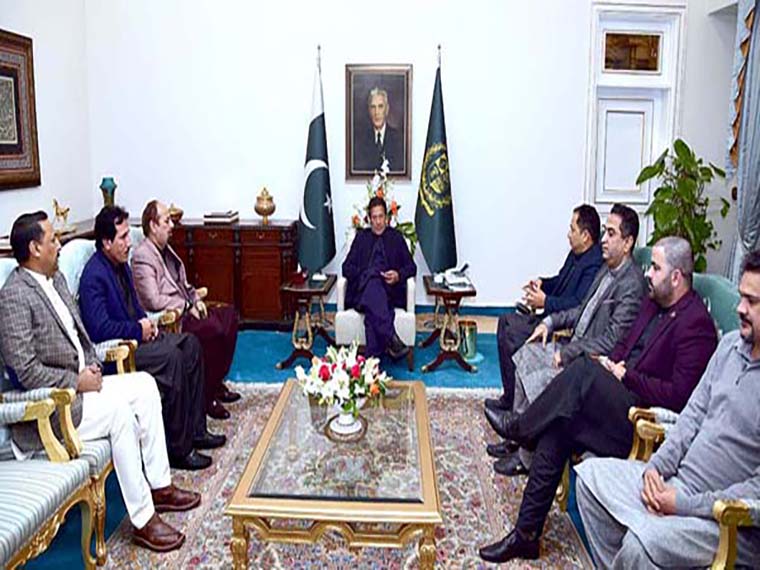 MNAs from Karachi meet Prime Minister Imran Khan in Islamabad where he told them prosperity of Karachi remains priority of PTI government.

While talking to the PTI’s members of the National Assembly (MNAs), Prime Minister Imran Khan also assured he would visit Karachi shortly.

Meanwhile, the MNAs informed the prime minister of various problems of the Karachi city.

Specially, they apprised him of problems relating to health, employment and provision of drinking water in their respective constituencies.

Furthermore, progress on the ongoing development projects of the Federal Government in Karachi also came under discussion.

The prime minister said the government was cognizant of the problems of the metropolis city. He further said his government remains committed to play every possible role in that regard.

However, he said that after attaining economic stability, the government would fully focus on resolution of the problems which people face with.

Moreover, PM Khan said the government was especially focusing to control prices of essential commodities. Besides, he said government focus on providing all possible facilities and ease of doing business to the private sector to provide employment to the youth.

He said boosting the industrial process and various development projects would provide employment opportunities to the youth.

The prime minister asked the elected representatives to remain in regular contacts with their electorates. He emphasised it necessary to implement their doable proposals for the resolution of their problems.