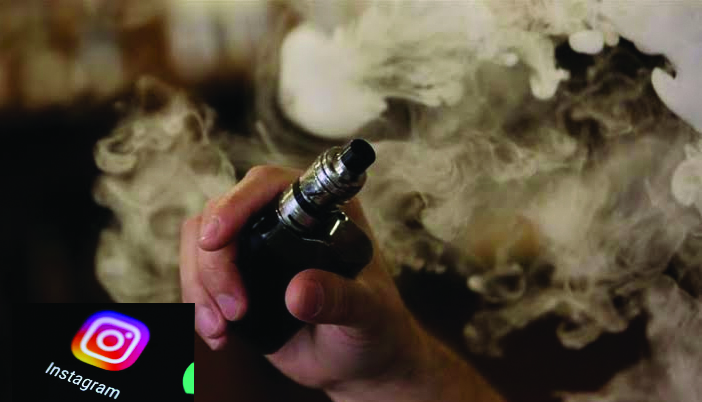 Instagram has more than nine million posts tagged #vaping, but starting soon, social media influencers will no longer be able to take advantage of them.

The Facebook-owned social media platform said Wednesday it is banning “branded content that promotes goods such as vaping, tobacco products and weapons” and that enforcement will begin “in the coming weeks”.

More: OnePlus announce to pay $7,000 if Bugs find in Smartphones

Yet questions about teen vaping, as well as recent deaths associated with the procedure, have contributed to the industry’s greater scrutiny worldwide. Last Thursday, Canada’s health minister moved to ban online and in public spaces and convenience stores advertising and promotion of vaping items. This is what Donald J. Trump has, to say about vapping.

While I like the Vaping alternative to Cigarettes, we need to make sure this alternative is SAFE for ALL! Let’s get counterfeits off the market, and keep young children from Vaping!

The company said it would start enforcing the new rule “in the coming weeks.” An Instagram spokesperson said this is the first time it has enforced limits on the type of products that can be advertised for branded content.

Also in its announcement, Instagram highlighted other changes. The organization is testing the “Product Collabs Administrator” from Facebook beginnings with 40 content creators from Instagram in the U.S. The company said it is working to give skilled accounts the ability to share engagement metrics, including likes with business partners using new settings in the app, as part of its ongoing private like counts project.

84 Pakistanis died due to Coronavirus during last 24 hours