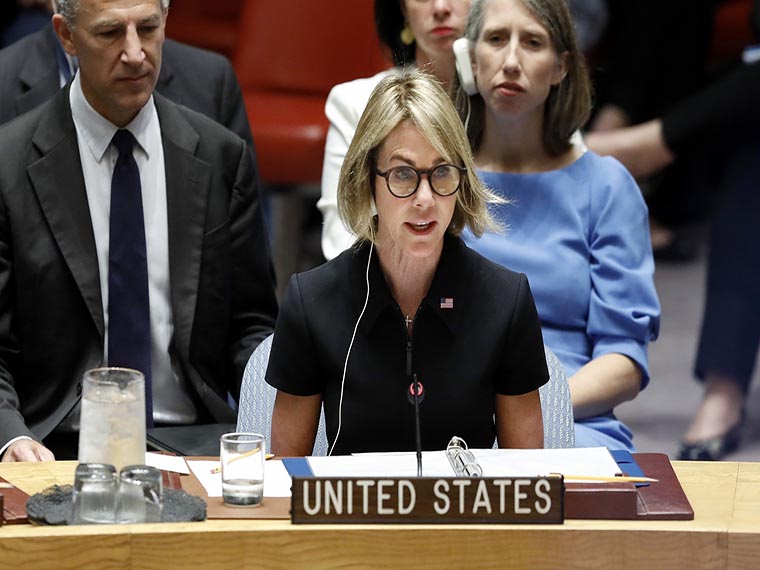 Specially, she excoriated UNSC Resolution 2334 of 2016. Because, that demands Israel immediately halt settlement activity in the occupied Palestinian territories including East Jerusalem.

While speaking at the UNSC headquarters in New York, Craft described the resolution as “one-sided” and “unfairly critical of Israel.”

She warned that US would do everything in its power to curb malign Iranian behavior if Tehran continues to destabilize the Middle East although she also offered to engage in talks with Iran on Thursday.

However, she reiterated the full support of the US administration for Israeli settlement expansion in the occupied Palestinian territories.

During the same session, the UN special coordinator for the Middle East peace process Nickolay Mladenov also spoke.
He referred to the fact that Israel had pushed forward plans to construct over 22,000 housing units in settlements in the occupied West Bank and East Jerusalem since adoption of the resolution in 2016.
Furthermore, he noted that out of the 22,000 housing units, Israel has issued tenders for 8,000.
Mladenov warned that the numbers “should be of serious concern to all those who continue to support the establishment of an independent and viable Palestinian state alongside Israel.”
Earlier this year, the administration of Donald Trump abandoned the US’ four-decade position that settlements were “inconsistent with international law”.
In 2016, the Security Council adopted Resolution 2334 which declared Israeli settlements have no “legal validity”.
The United States, under President Barack Obama, abstained from voting on the resolution at the time.