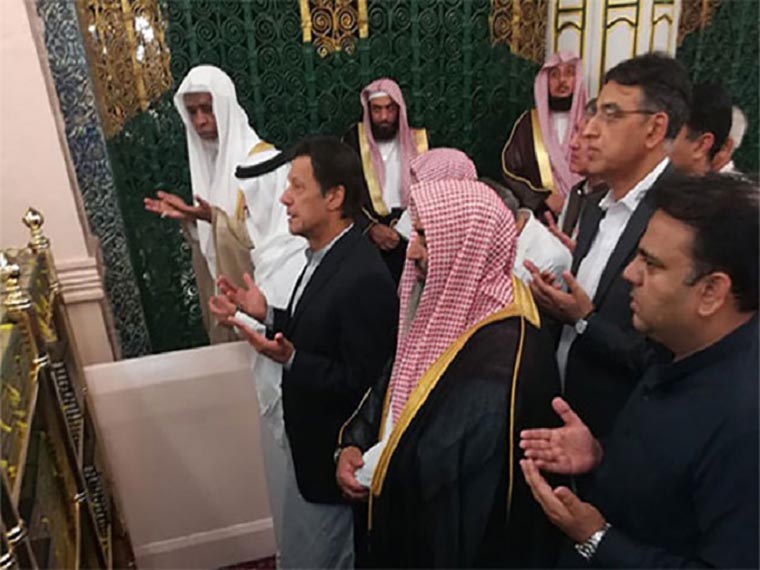 IHC dismisses disqualification of Prime Minister under blasphemy charges as inadmissible.
Islamabad High Court Chief Justice Athar Minallah announced the judgment today.
However, he had reserved the order on Thursday.
The petitioner advocate Saleemullah Khan had asked the court to disqualify the premier under Article 62 (1)(e) and (f).
Furthermore, he referred to some remakrs of Prime Minister Imran Khan which he called  blasphemous.
He further alleged that the prime minister does not possess adequate knowledge of Islam.

Meanwhile, the IHC dismissed the petition on the basis of being frivolous.

It ruled that a person’s faith or belief is not open to be questioned by any other person.
Moreover, the IHC emphasised that a mistake or error committed by a person while addressing a public gathering cannot be treated as blasphemous when the facts and circumstances clearly establish that he or she could not have intended to commit such an offence.
It further stated that others should not question faith or religious belief (of anybody). Because, it remains a personal matter.
Similarly, the IHC ordered extreme caution in making allegations relating to blasphemy.
The IHC pointed that a court cannot measure or determine the adequacy of Islamic knowledge.
GTV