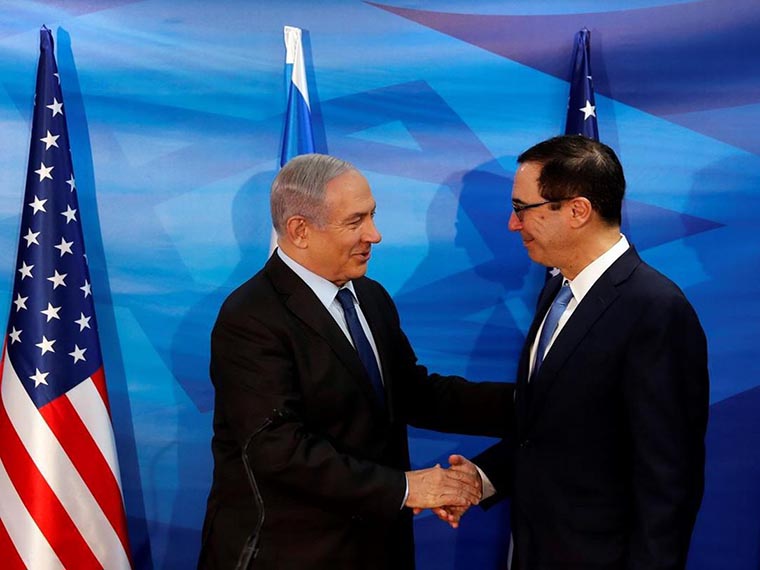 The United States sanctions against Iran target individuals in the judicial courts and security services over handling of the recent protests against fuel price hike.

US imposes new sanctions on Iran

He accused them of punishing Iranian citizens and dual nationals for participating in the protests.

According to the US treasury department,  the sanctions would freeze all property of the two judges under US jurisdiction. Furthermore, sanctions bar Americans from dealing with them.

However, Iranian officials believed crisis in their country a result of Washington’s unilateral sanctions.

Meanwhile, US Secretary of State Mike Pompeo said Thursday that the State Department was also imposing visa restrictions on current and former Iranian officials. He accused them of complicit in what he called human rights abuses against protesters.

However, he did not name the officials, but said the visa restrictions would also extend to their family members.

The move triggered protests that some rioters took advantage of to destroy public property and torch banks and gas stations.

Following the deadly riots, access to most of the internet services in Iran was suspended based on a decision by the National Security Council of Iran.

Following the unrest, Pompeo urged Iranians to send photos and other information documenting what he called “repression,” while vowing to sanction “abuses” by the Iranian government.

“I have asked the Iranian protesters to send us their videos, photos and information documenting the regime’s crackdown on protesters,” Pompeo tweeted, vowing that the US will “expose and sanction the abuses.”

The US-based Foreign Policy magazine has said that Washington’s bid to pressure Iran with sanctions has failed to achieve its objectives and has even backfired.