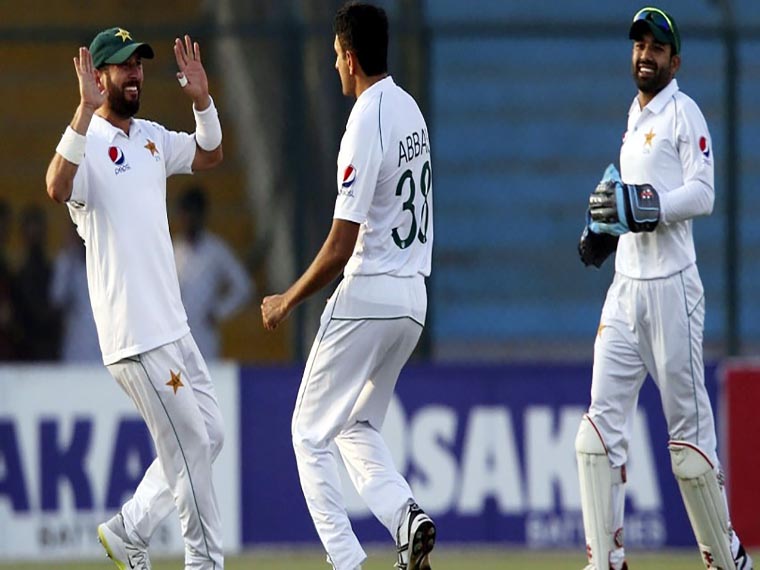 Sri Lanka scores 64 for 3 on first day of second test match at National Stadium in Karachi.

On the first day of the second cricket Test against Pakistan in Karachi, Sri Lanka in their first innings were 64 for three at stumps on Thursday.

Earlier, Pakistan in their first innings were all out for 191.

Asad Shafiq with 63, Babar Azam 60 and Abid Ali with 40 runs remained the main scorers for Pakistan.

The two match series is leveled so far as the Rawalpindi test was ended in a draw.