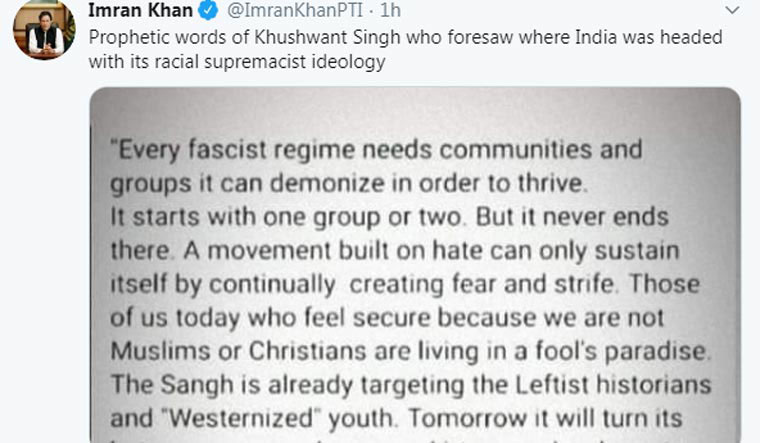 Specially, he referred to prominent Indian author and journalist Khushwant Singh because he had predicted where India was heading with its racial supremacist ideology.

In the article, Khushwant Singh said every fascist regime needs communities and groups it can demonize in order to thrive.

He further said it starts one group or two but it never ends there. He said a movement built on hate can only sustain itself by continually creating fear and strife.

Khushwant Singh said those of us today who feel secure because we are not Muslims or Christians are living in a fool’s paradise.