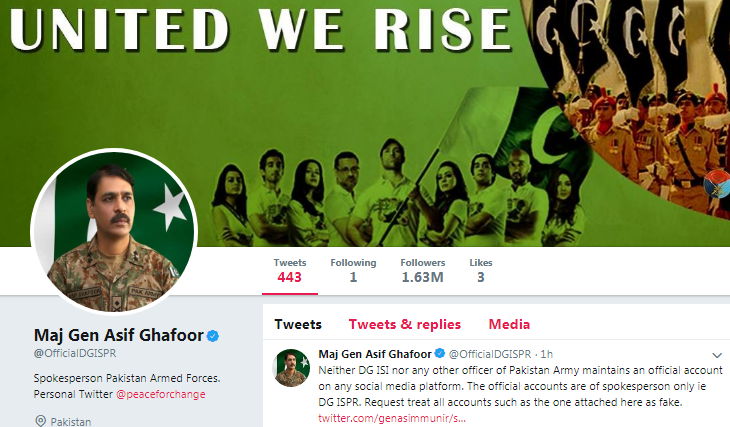 He was referring to provocative statements and preparations for escalation along Line of Control by Indian COAS.

In his tweet today, he further said that Pakistan armed forces shall befittingly respond to any Indian misadventure or aggression.

However, he also suggested that Indian COAS moves may aim at diverting world attention from widespread protests in India against Citizenship Amendment Bill.