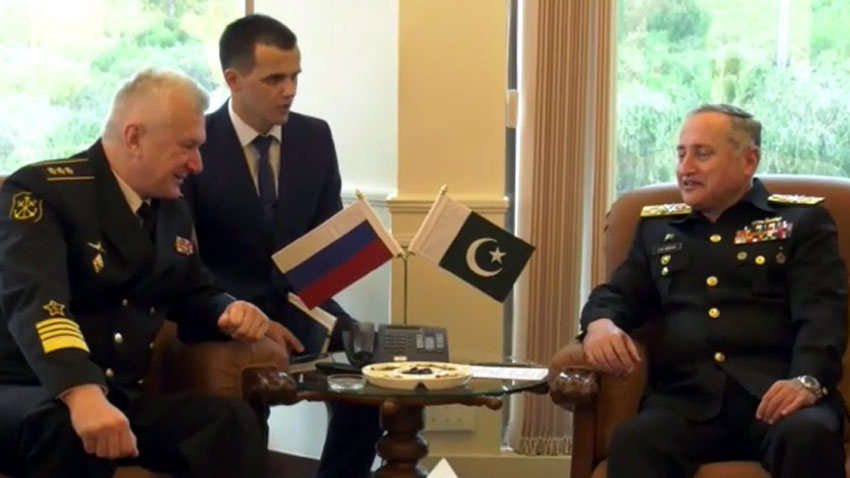 They exchanged views on matters of mutual interest, including promotion of cooperation between navies of the two countries.

The Pakistani Naval Chief highlighted Pakistan’s efforts to ensure maritime security and peace in the region.

Furthermore, he also shared with him role of Pakistan in the war on terror.

The CNS Admiral Abbasi also informed him about Pakistan’s stance on the Indian aggression in occupied Kashmir. Specially, he particularly pointed to the abrogation of the special status of Jammu and Kashmir.

On arrival at the Naval Headquarters, the Russian Naval Chief was presented guard of honor in a traditional way.

He also laid wreath at the martyrs’ monument.