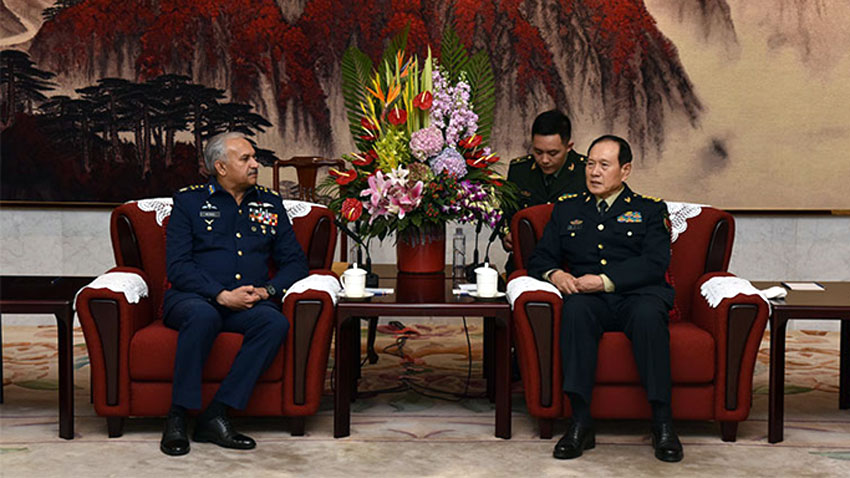 Pakistan will work with China to safeguard the common interests, said PAF chief during Beijing visit.

Air Chief Marshal Mujahid said that Pakistan is willing to further deepen pragmatic exchanges and cooperation with China in the military field.

Pakistan will work with China

He further expressed Pakistan’s willing to work together with China to safeguard the common interests.

Moreover, he underlined military-to-military relations between China and Pakistan as an important pillar of bilateral relations.

Wei expressed hope that the two sides will work together to implement the important consensus which the leaders of the two countries reached.

Meanwhile, he mentioned bilateral consensus to enrich and expand practical cooperation, enhance the capacity to deal with various security risks and challenges, so as to contribute to building a closer community of shared future for China and Pakistan in the new era.