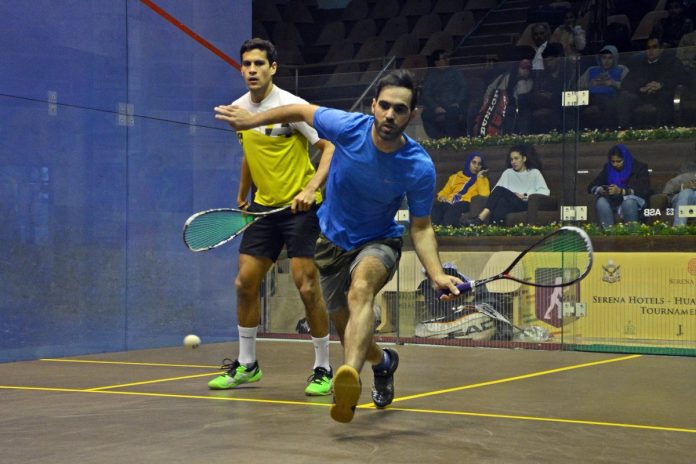 Amazingly, World No 91 Farhan Mehboob swatted aside World No 43 Youssef Ibrahim of Egypt 3-2 in the first semifinal.

In the 2nd semifinal, World No 60 Tayyab Aslam thrashed World No 51 Mohamed ElSherbini, another Egyptian 3-1 in a 46-minutue’s epic fight.

However, Tayyab looked focused and fresh to take the first set in style 11-6, but committed some errors to lose the second set 9-11.

Moreover, the third and fourth sets were closely fought wherein every point was battled out. But, Tayyab showed great physical agility and mental strength to win these 11-9 and 11-9 and emerge victorious.

Meanwhile, in the first women semifinal, World No 101 Hana Moataz of Egypt caused a huge upset when she eliminated compatriot World No 56 Farida Mohamed 3-2.

Furthermore, the finals and closing ceremony would commence on Thursday.