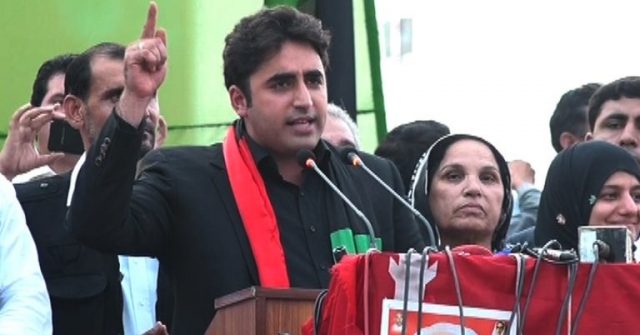 Bilawal sees Pakistan between Bhutto and puppet government phase where people have to choose either Bhutto’s Pakistan or a puppet’s.

From here, it can become Pakistan of Zulfikar Ali Bhutto or selected and puppet’s country. Now people of Pakistan has to choose between them, said Bilawal Bhutto Zardari.

Moreover, Bilawal asked if the reaction to (August 5th developments on) Kashmir issue  was up to the masses expectation. He asked could we defend Kashmir through just one speech!? He reminded that Pakistan is the only nuclear state of the Muslim world.

PPP chairman further said that for the first time judiciary was making historic judgments and PPP welcome them.

He said that Asif Zardari had remained prisoner of the government for six months without any proof. But,  Mr. Zardari had not compromised his ideology and principles, he said referring to his father.