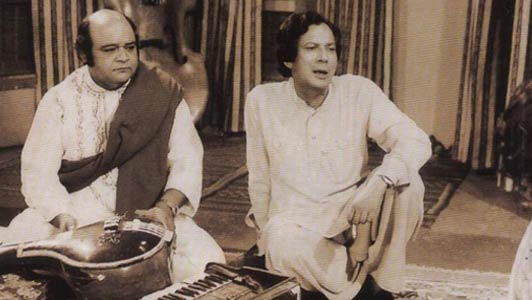 Specially, his role as Allan made him famous across Pakistan. In TV serial Alif Noon he became Allan with his co-starring Actor Nannha.

Born in Gaya, Bihar, in 1930, he did his BA from Patna. In 1951, after the partition of the subcontinent, he migrated to Pakistan.

Initially, he spent some time in Karachi. Then he shifted to Lahore where his penchant for artistic pursuits endeared him to the artist community.

Furthermore, he rubbed shoulders with many literary luminaries, including writer Sadat Hasan Manto.

Moreover, he translated several English books into Urdu and wrote for magazines, including a children’s magazine. In the late 1950s, he tried his hand in theater and started writing plays, both original and adaptations.

In 1965, when Lahore’s television station became operational, he wrote and starred in the satirical drama series Alif Noon.

The drama assumed iconic significance as it exposed hypocrisies and double standards that existed in society. However,

Kamal Ahmed Rizvi, the man behind one of the most celebrated sitcoms of the country Alif Noon died of a heart attack after a prolonged illness in Karachi on 17 Dec 2015 at the age of 85.

Members of the artist community paid him a rich tribute for his excellent contribution to the industry.