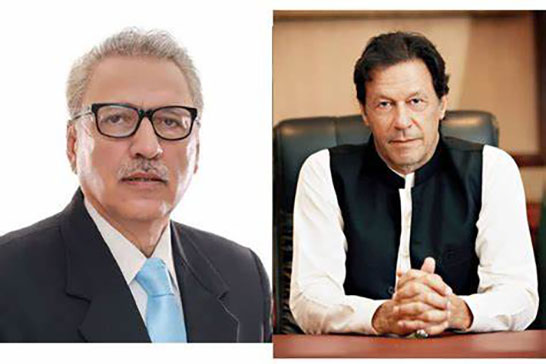 President and PM renew pledge to root out terrorism and extremism in their separate messages on the occasion of APS tragedy.

Furthermore, they reiterated the pledge to root out terrorism and extremism in all its manifestations from the country.

President Arif Alvi sees it hard to commemorate this day without tears in one’s eyes.

Moreover, he noted that nation cannot forget the massacre of little children and teachers of APS.

Meanwhile, Prime Minister Imran Khan affirmed not to allow the militant mindset to take over the country.

He further vowed not to allow the militants to make the nation hostage to its bigoted vision.

He said the blood of the innocent united the entire nation against all forms of extremism, terrorism, violence and hatred.

We also laud the sacrifices of our armed forces, police and law enforcing agencies in the fight against terrorism, he said